An avalanche in the Dolomite Alps of Italy killed a 23-year-old man, the Alpine Rescue team of the Guardia di Finanza confirmed Saturday. The victim -- a professional skier -- was skiing with his brothers on the summit above the Giussani refuge when the avalanche broke off in the area of Tofana di Rozes. It moved his body for 200 meters, or a little over 600 feet, according to Marshal Paolo Simoni, head of the Alpine Rescue Team.

"The avalanche was a mix of snow and ice and was probably caused by the high temperature of the day," Simoni said, adding that many climbers had been attracted to the area as a result of the good weather. The victim's 27-year-old brother was not injured. The Italian government issued a declaration easing the emergency control measures originally implemented to stem the spread of coronavirus. Ski touring is now allowed along with some other open-air sporting activities. 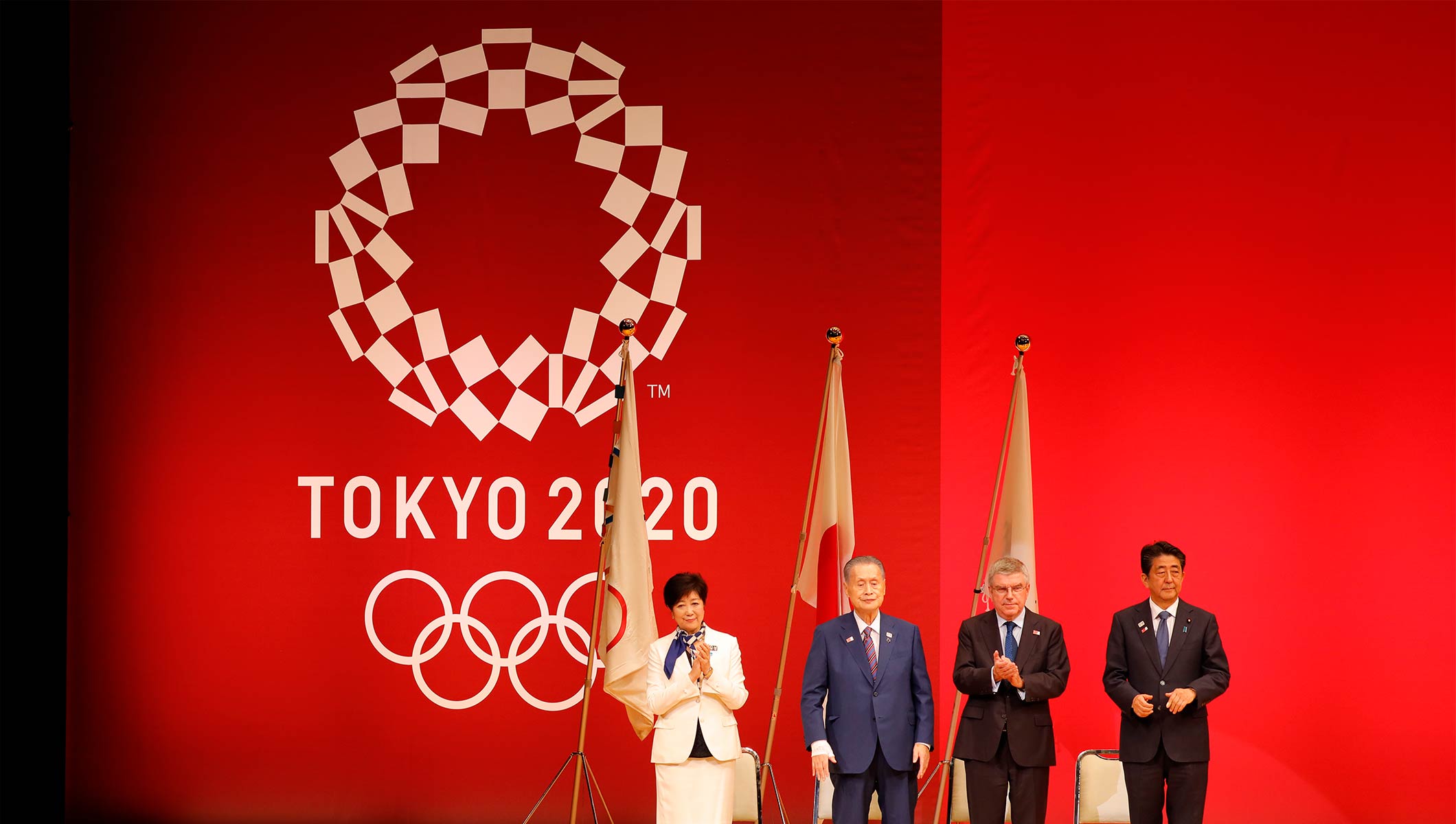 IOC chief: No 'Plan B' for further delay to Tokyo 2020 Games

The International Olympic Committee [IOC] is continuing on the basis that the Tokyo Olympics will take place in 2021 with no Plan B for delaying the Games again, said John Coates, head of the IOC's inspectorate for the Games Saturday. The International Olympic Committee and the Japanese government postponed the Games in March until July 2021 because of the force of the coronavirus outbreak.

"We've got a task force at the IOC, a taskforce in Japan. We've got the same dates, so the same scheduling. We're doing all of that, he said. Coates attended an annual general meeting of the Australian Olympic Committee in Sydney Saturday. Last month, Tokyo 2020 President Yoshiro Mori admitted the Olympics could be cancelled if the Covid-19 pandemic continues into next year. The Games are scheduled to start from July 23, 2021, having already been postponed a year in the middle of the virus outbreak. 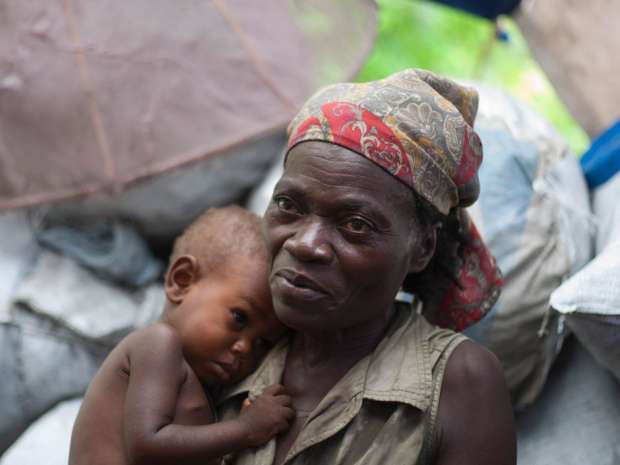 Haiti is no stranger to crisis. Among the civil crisis, increasing unemployment, lack of quality health care, and severe poverty, the country now faces a global pandemic that officials say could worsen its hunger crisis. "The situation has been described as a perfect storm approaching," Dr Carissa F. Etienne, Director of the Pan American Health Organization (PAHO). She also warned that the spread of the coronavirus could result in famine in a briefing Tuesday.

"With the continued devaluation of the gourde [Haitian currency], the steady rise in food prices, and new restrictions on movements and disruptions of economic activities, the most vulnerable Haitians will be pushed deeper into poverty," Haiti's World Food Programme Director, Honnorat said. Haiti has so far reported 100 confirmed cases of the novel coronavirus and 11 deaths, according to PAHO Director Etienne, who says that the probability of further spread is "extremely high." There is a real danger of a large-scale outbreak followed by a humanitarian crisis in Haiti," Etienne said. 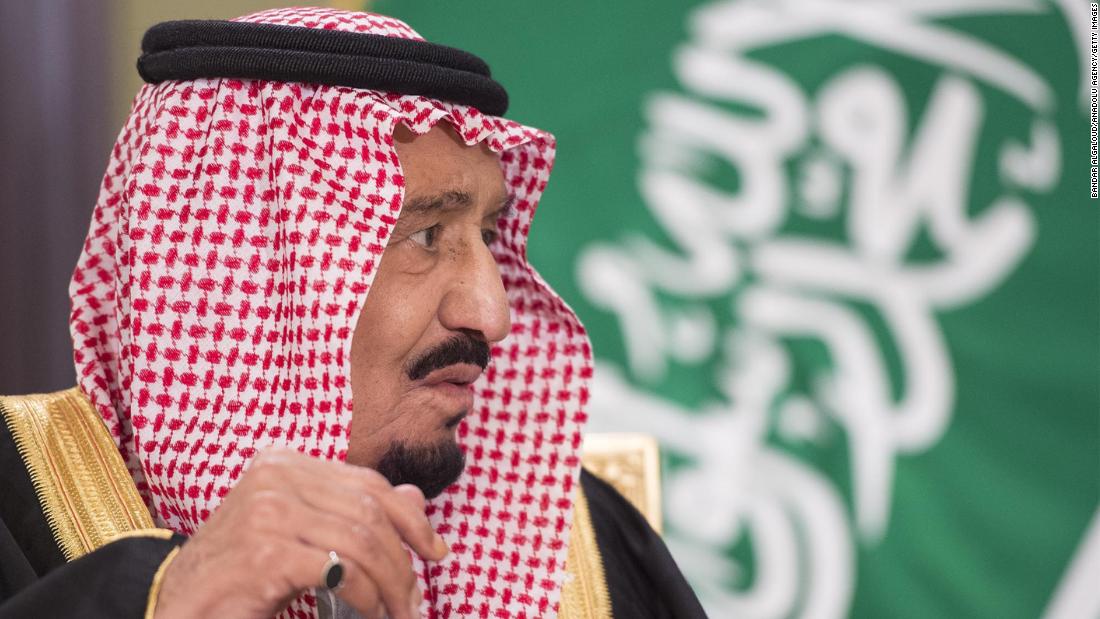 Saudi Arabia is removing the death penalty for people who committed crimes as children, the state-backed Human Rights Commission (HRC) said in a statement Sunday. The decision was part of a royal declaration, the statement said and came two days after an announcement that public punishments would be banned.  Anyone who received a death sentence and committed as a minor will receive a prison sentence of no longer than 10 years in a young arrest facility. It is unclear when this decision is expected to be enacted.

The royal declaration could potentially forgive several men from the country's Shia minority, who committed crimes as minors, from the death penalty. Rights group Reprieve on Monday said it had concerns about potential lies in the law. "These will be nothing more than empty words as long as child defendants remain on death row. Mohammed bin Salman has been promising to 'minimize' the death penalty for years, but the kingdom continues to execute people convicted of attending demonstrations while they were still in school." 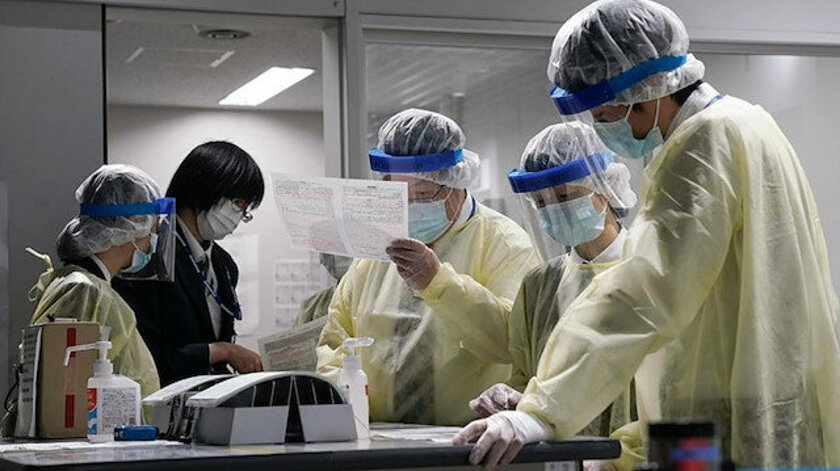 More than four million confirmed cases of coronavirus have been reported around the world, according to data collated by Johns Hopkins University. The global death toll has also risen to above 277,000. The US remains the worst-hit country, accounting for over a quarter of confirmed cases and a third of deaths. Experts warn the true number of infections is likely to be far higher, with low testing rates in many countries skewing the data. Daily death tolls are continuing to drop in some nations, including Spain, but there is concern that easing lockdown restrictions could lead to a "second wave" of infections.

This week, some lockdown measures have begun easing in Italy, once the global epicentre of the pandemic. France has recorded its lowest daily number of coronavirus deaths for more than a month, with 80 deaths over the past 24 hours. Authorities are preparing to ease restrictions from Monday, as is the government in neighbouring Spain. But despite scientific evidence, leaders of several countries have continued to express scepticism about the virus and the need for lockdowns. 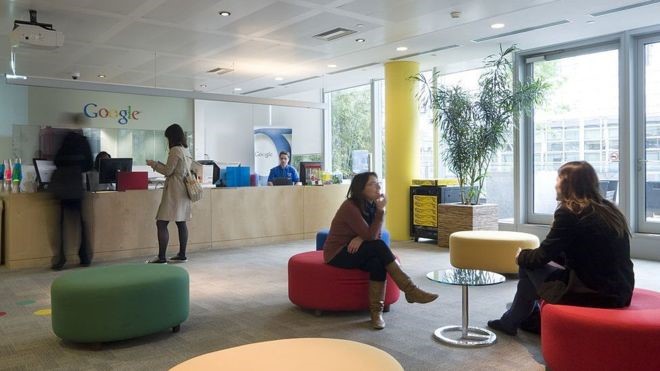 Facebook and Google extend working from home to end of year

Facebook and Google have said they will let employees continue working from home for the rest of the year. The tech giants have announced plans to reopen their offices soon but are allowing more home working flexibility. Google originally said it would keep its work from home policy until 1 June but is extending it for seven more months. Facebook said it would reopen its offices on 6 July as coronavirus lockdowns are gradually lifted.

The announcement coincides with Facebook's as more companies start rolling out their back-to-work strategies. "Facebook has taken the next step in its return to work philosophy. Today, we announced anyone who can do their work remotely can choose to do so through the end of the year," a spokesman said. The trend for working from home may suit some companies while they redesign their office spaces to cater to new social distancing guidelines. Some employees are nervous about returning to work in the middle of a global pandemic. 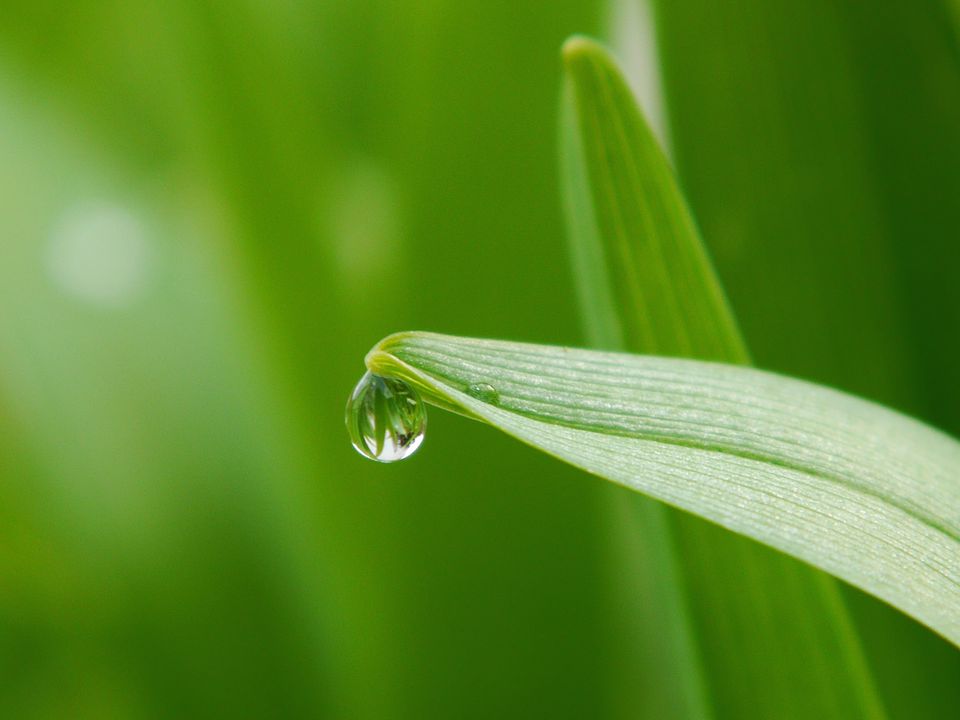 We learn that warm air rises and cool air sinks. This is basic science. A new study found circumstances in which cool air rises in tropical areas. Cold air rises because of the lightness of water vapour. In humid climates, water particles become lighter and help cool air rise. A researcher said: "Water vapour has a lightness effect which helps release the heat of the atmosphere to space and reduce the degree of warming."

Scientists say wet air is lighter than dry air at the same temperature. Cooler air with water droplets rises to make clouds and storms. Rain cools tropical areas. More research is needed to find out how rising cool air affects global warming. A researcher said: "Now that we understand how the lightness of water regulates tropical climate, we plan to study whether global climate models accurately represent this effect." 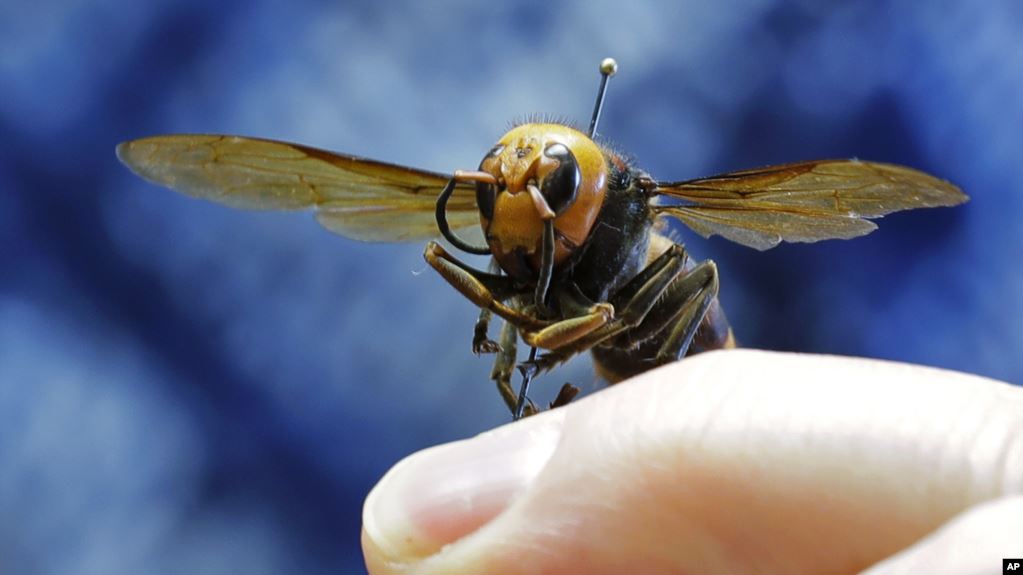 Few insects are as scary as the Asian giant hornet. They live in Japan and Korea but are moving to the USA and Canada. The hornets kill around 40 people a year in Japan. They also kill honeybees. A few dozen hornets can kill 30,000 bees in a few hours. Authorities in Washington on the west coast of the USA have warned people to be careful of the hornets. Beekeepers are worried about their bees.

The hornets are about five centimetres long. A bee breeder said: "They're like something out of a monster cartoon with this huge yellow-orange face." The hornet's sting is very painful. A beekeeper said it is "like having red-hot thumbtacks driven into [your] flesh". The hornet's stinger can go through the clothes beekeepers wear. Another beekeeper said: "They give a warning before they sting. They snap their jaws and make a clicking sound." 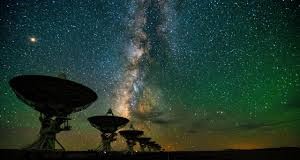 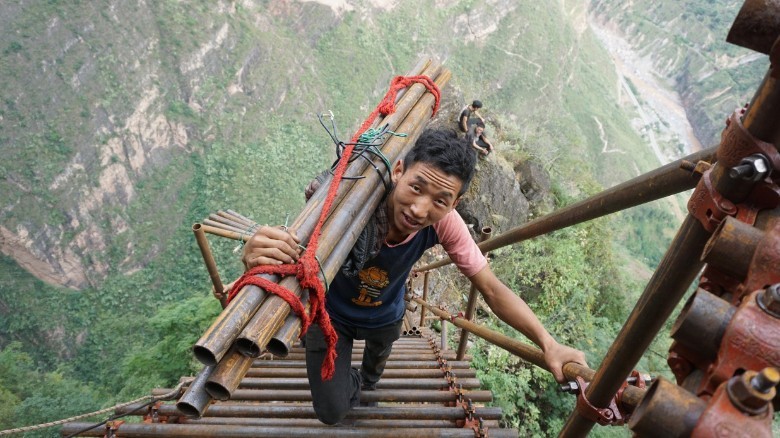