UNESCO gave an award to a festival. It added South Korea's Lotus Lantern Festival to its list of intangible cultural heritage. Some things that UNESCO adds to its list are tangible - meaning we can touch them. Examples are the Pyramids in Egypt. If something is intangible, we cannot touch it. Events like South Korea's Lotus Lantern Festival, a dance or a method for weaving baskets are examples of intangible heritage.

The South Korean festival celebrates Buddha's birthday. It symbolizes light and fairness. The festival dates back to 2,000 years. There was a temple in 57BC that royals visited to see lotus lanterns. Today, people decorate temples with lanterns made of paper and bamboo. Towns hold parades where people carry lanterns through the streets. A spokesperson said: "We will try to make the festival a cultural heritage that can be loved by people around the world." 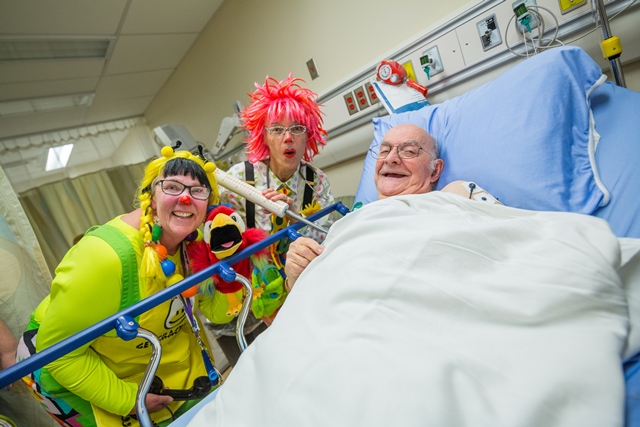 An adage says, "laughter is the best medicine". Humour is needed more than ever today. Medical staff around the world are using humour in their work. Healthcare clowns are now common in hospitals. An organisation started in 2011 that sets standards. It says: "Healthcare clowns bring moments of happiness to children who are ill or who have special needs... Clowns also bring smiles to vulnerable adults, including seniors and people with dementia."

Israel is a world leader in the field. It opened the world's first university to offer a Bachelor's degree in medical clowning in 2007. An Israeli healthcare clown wanted to use her inner clown to help patients with COVID-19. She knew it would provide therapy for her patients. It reduces their stress and improves their wellbeing. She said: "Obviously, the doctors, they take care of the body. And we come in and take care of the soul. And it integrates together." 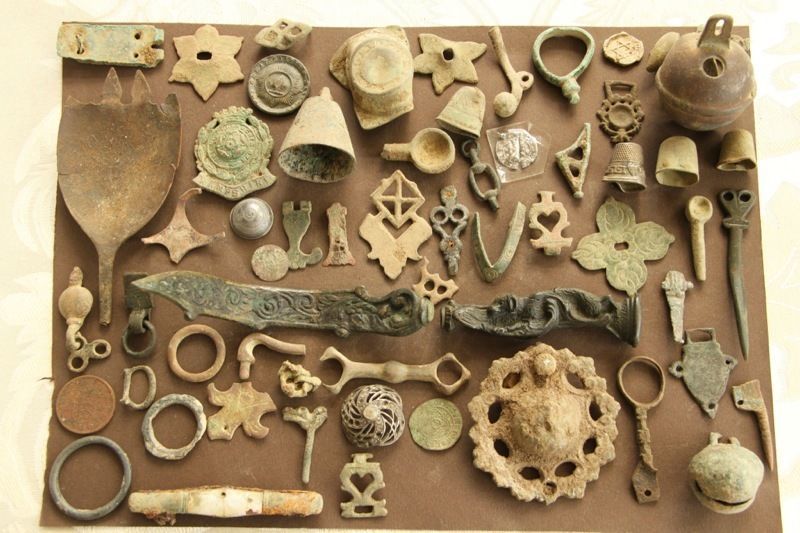 The British Museum reported record levels of historical discoveries. People found more than 47,000 objects. People used metal detectors in the countryside to find old coins and other treasure. Metal detecting is a good hobby during coronavirus because social distancing is easy. People put their discoveries on an app on the museum's website. The U.K. Culture Minister said: "It is brilliant to see the [app] growing from strength to strength."

The museum said that perhaps the best find among the new discoveries are coins. Someone found 50 South African solid gold coins near London. Another find contained gold coins and one silver coin with the faces of British kings. These coins were buried in the 16th century. Another find was from ancient Roman furniture from AD 43-200. It had the face of the god Oceanus on it. The museum said the finds are important for understanding Britain's past. 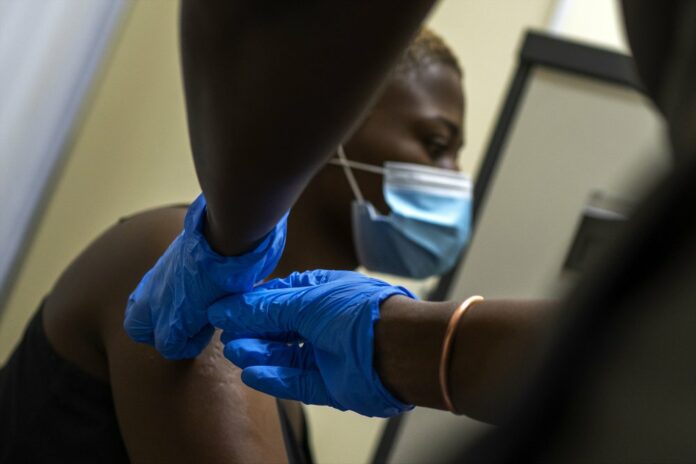 Americans, British people and Canadians are finally receiving a vaccine for the new coronavirus. It will take several months to vaccinate everyone, but the end of the COVID-19 health crisis in these countries seems near. But for poorer countries, the end seems far away. The World Health Organization (WHO) created the COVAX program to provide vaccine doses to poor countries. It has, however, only secured a small percentage of the two billion doses it hopes to buy over the next year. The program has not confirmed any deals for vaccines. It also is short of money.

Some experts now say it is unlikely that vaccine doses will be shared between rich and poor nations. Vaccine supplies are limited and the governments of developed countries are under a lot of pressure to vaccinate their own populations. Some poorer countries that signed up with COVAX, and expected it to represent their needs, are worried. The pharmaceutical industry is expected to create about 12 billion doses next year. Of that amount, 9 billion doses have already been bought by rich countries. 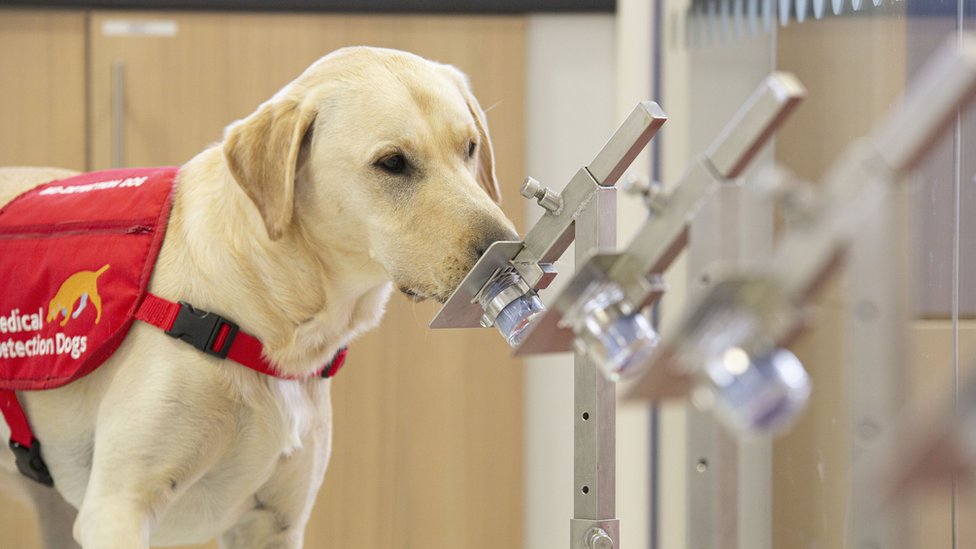 A new study has found that trained dogs can identify people with COVID-19, even when those people show no signs of the illness. In the study, researchers collected a small amount of sweat from the underarm area of 177 test subjects. Some were infected with COVID-19 and some had tested negative for the coronavirus. The dogs then smelled the sweat samples and tried to identify infected people from non-infected people.

Early results from the study were published December 10 in PLoS One. The researchers have since confirmed these early findings in additional tests. The dogs were able to correctly identify infected individuals 76 to 100 per cent of the time. Also, the dogs were able to rule out infection 92 to 99 per cent of the time. And, Grandjean adds, "It takes one-tenth of a second for a trained dog to say 'yes' or 'no.'" The study involved six detection dogs: three explosive detection dogs, one search and rescue dog, and two colon cancer detection dogs. The research was carried out in two places: Paris, France and Beirut, Lebanon. 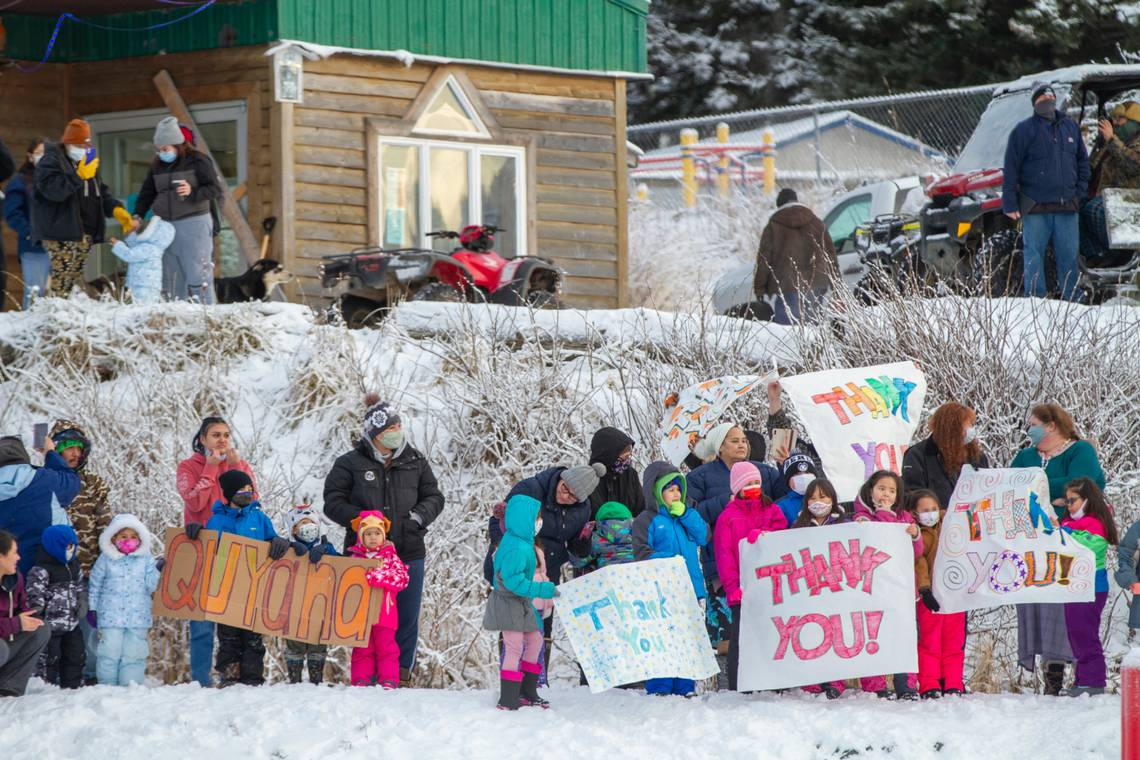 COVID-19 is changing the way Americans plan to celebrate the winter holidays this year. But, in Alaska, the National Guard found a way to carry out a beloved Christmas tradition for several distant Native American communities. An Alaska National Guard helicopter recently landed on a frozen field in Stevens Village, home to about 30 people. Townspeople hurried to the landing field after seeing the helicopter land. They watched as the soldiers unloaded boxes containing gifts for almost everyone in the community. Then the helicopter flew away.

The yearly National Guard gift transport known as “Operation Santa Claus,” began in 1956. “For 65 years we have not missed a beat,” said Chief Winfield Hinkley, Jr., the Command Senior Enlisted Leader of the Alaska National Guard. This year, the operation required some new safety measures. COVID-19 safety rules required that the gifts be left at the landing field. In a normal year, the arrival of Operation Santa Claus is a community event. People dress as the holiday characters Santa and Mrs Claus, and their helpers. They celebrate with a party held at the local school building. 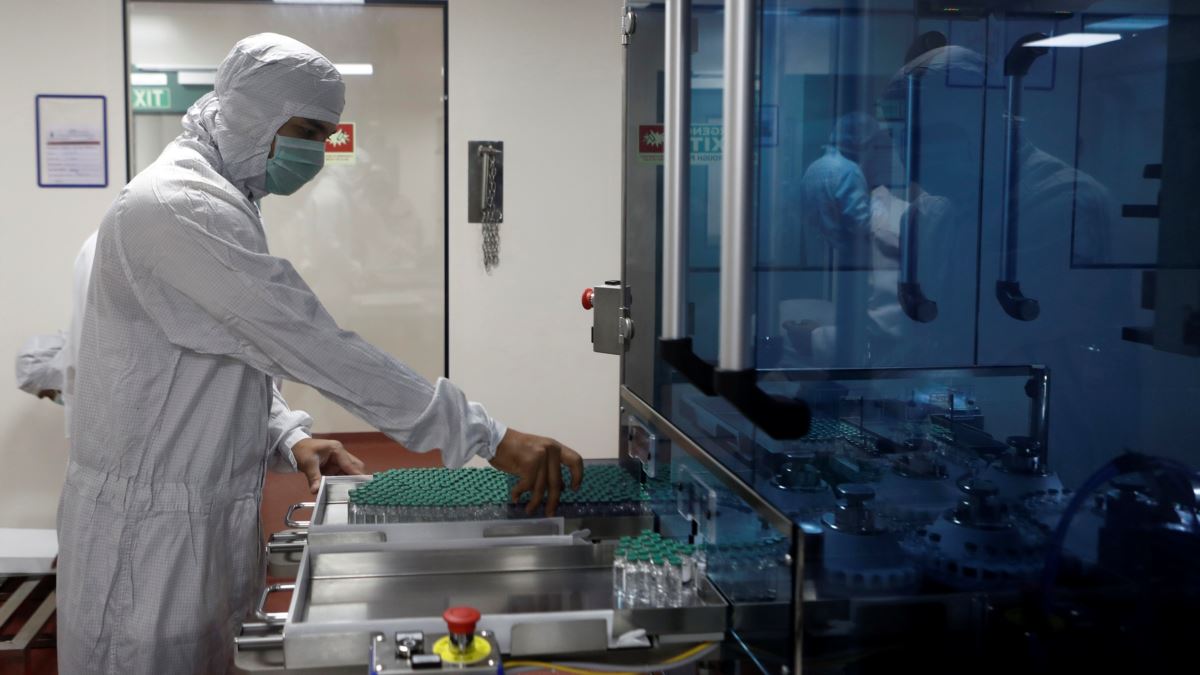 India Gets Ready to Produce Vaccines

India is the world’s biggest vaccine maker, and it is getting ready for the worldwide effort to contain the coronavirus crisis. India manufactures more than 60 per cent of all vaccines sold across the world. While its $40 billion drug industry is not yet involved in the production of the expensive Pfizer Inc and Moderna shots, the country will play an important job in immunizing much of the world. Indian companies are set to produce eight less costly vaccines that are designed to fight COVID-19, including AstraZeneca's Covishield. Its developers call it the "vaccine for the world.”

Serum Institute of India, SII, is the world’s biggest vaccine maker. It has already stored more than 50 million doses of the AstraZeneca shot. SII plans to make a total of 400 million doses of Covishield by July. It is setting up new production lines to make around one billion shots a year. “Because of the large volumes coming out of India and of course the affordable vaccines, there is no other country that will contribute more towards ending the pandemic than India,” SII CEO Adar Poonawalla told. 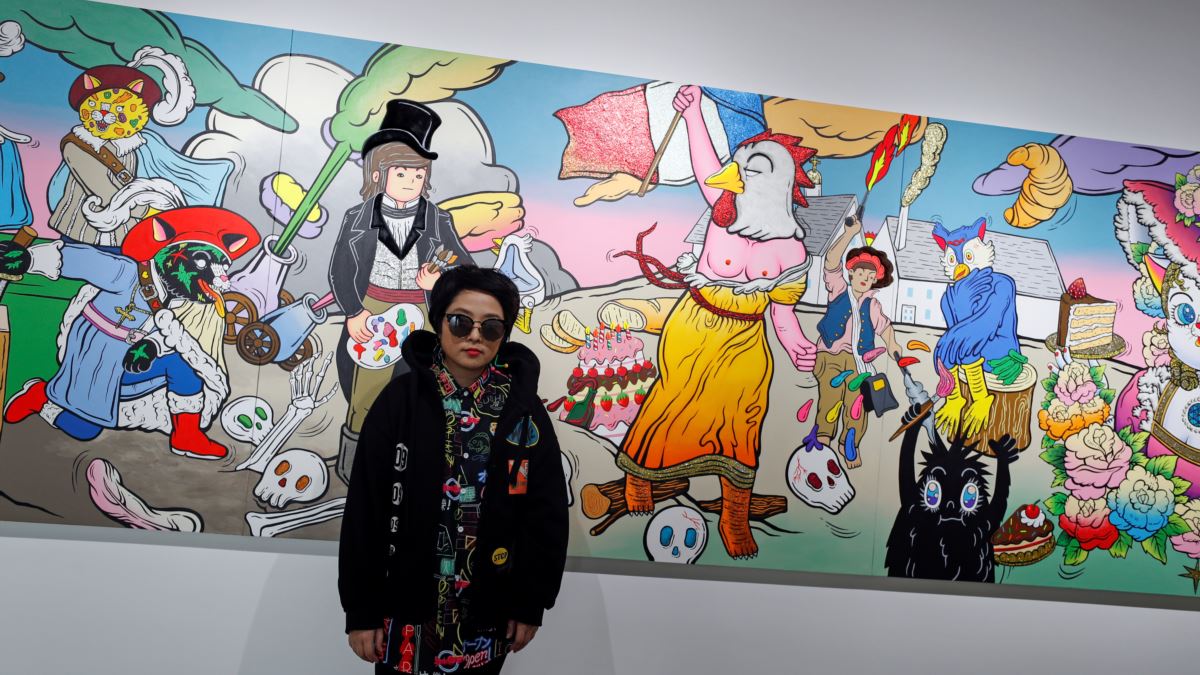 In some countries, there would not be any problem with art showing French revolutionaries replaced with cartoon cats and birds. But it may be a sensitive subject for Thailand's monarchy. For artist Yuree Kensaku, the country’s political situation shapes her work. Protesters in Thailand are calling for reform of the monarchy and other changes. "People have started their political awakening," said Kensaku.

The Bangkok Art Biennale is now showing her latest artwork. In the middle of one large Kensaku work, a female body with the head of a chicken holds a flag of blue, white and red. It is similar to Frenchman Eugene Delacroix's 1830 painting Liberty Leading the People. Kensaku’s work combines a winged female body with the head of a cat with green hair. The cat-woman holds a revolutionary flag above her head. A white tie around its middle suggests a symbol of the Thai protests, Kensaku said. Kensaku said the indirect symbolism she uses made it possible to show her work in public without risk of trouble from Thai officials. Speaking out against the country’s monarchy directly can lead to a jail sentence. 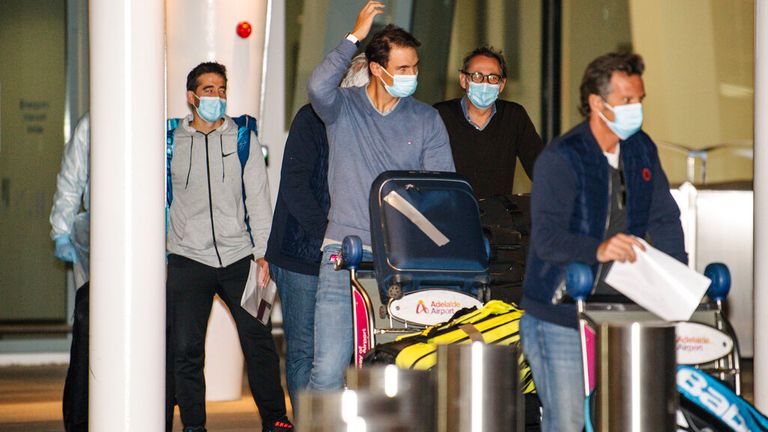 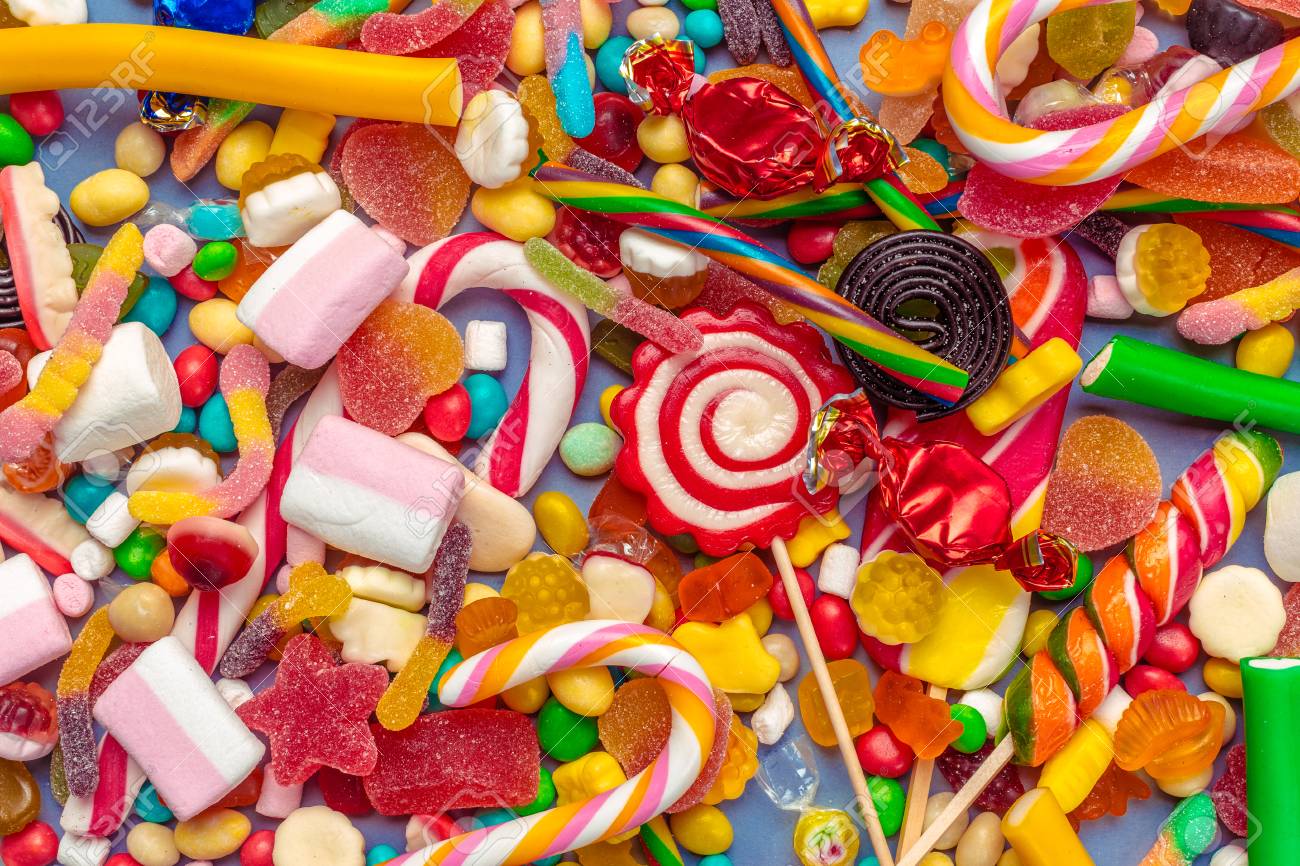 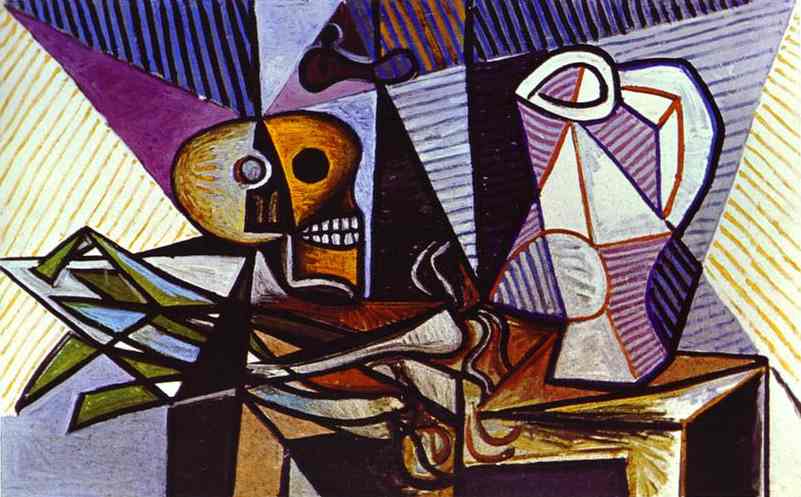