A new study looked at how long spells of video-conferencing affect our health. A communications expert wrote about what he called "Zoom fatigue". He said it is not restricted to just Zoom. In the past year, most of us have spent lots of time video-conferencing. The coronavirus pandemic has meant tools like Zoom have been the only way we have seen loved ones. Many companies have relied heavily on Zoom for meetings, and teachers have used it for online classes.

There are many reasons why video-conferencing creates fatigue. It is not just tiredness and strained eyes. It also comes from "cognitive overload" and feeling pressure to always be online and available for family, friends, bosses or students. This can lead to burnout, stress and even severe depression. This anxiety can negatively affect self-confidence. Many faces staring at you in online meetings is like the stress of public speaking. 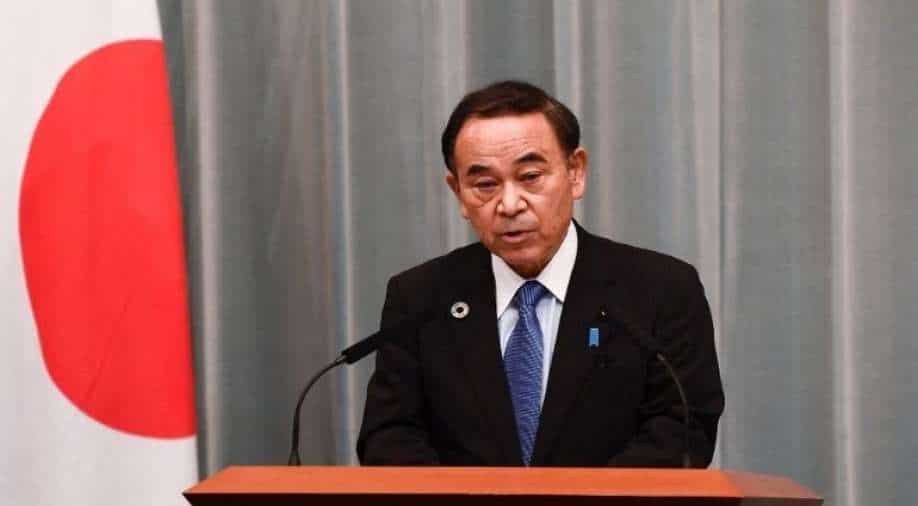 Japan has a "minister of loneliness". Japan's Prime Minister Yoshihide Suga created the role in February. Mr Suga wanted to stop the rise in suicide cases. More people are taking their own lives in the pandemic. Japan's police said 20,919 people died by suicide in 2020. This is 750 more than the year before. The minister told reporters: "I hope to promote activities that prevent loneliness and social isolation and to improve the ties between people."

The police said there was a bigger rise in suicide among women. More women are lonely because of the coronavirus pandemic. He told reporters: "Women are suffering from isolation more than men are." There has been a 70 per cent increase in the number of women taking their own lives. A 23-year-old designer said she misses not seeing people smile behind their mask. It makes her feel sad and lonely. She said: "I want to see happy faces." 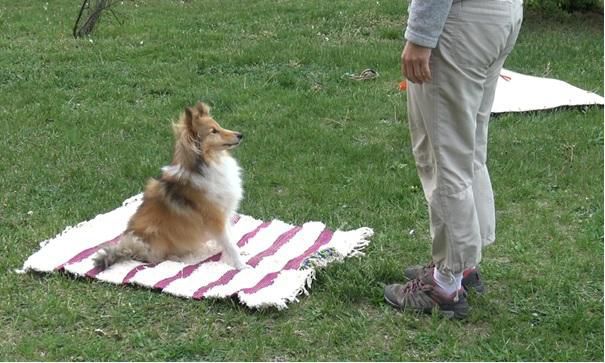 Dogs may be self-aware

Scientists in Hungary conducted a study to find out if dogs have self-awareness and a sense of body awareness. A researcher explained: "Self-awareness is a rather poorly investigated area of dog cognition." He added: "Body awareness is a mental capacity to organize someone's action by taking into consideration their own body exists." He put dogs in situations that would make them aware of their body position.

The scientists conducted tests on 54 dogs. A toy was attached to a mat and each dog had to give the toy to its owner. The dog would not be able to take the toy to its owner unless it got off the mat. Many of the dogs worked this out. The researchers said this showed a sense of body awareness. They wrote that body awareness is, "the ability to hold information about one's own body in mind, as an explicit object, in relation to other objects in the world".

Most of the world's rivers damaged by humans

Humans have damaged 86 per cent of the world's rivers. Researchers looked at data on over 2,500 rivers, but none in the Arctic and Antarctica or in deserts. The scientists looked at biodiversity changes over the past 200 years. Humans have seriously damaged biodiversity in over half of rivers. There are many reasons for this. One reason is new species of fish that are in rivers. Other reasons include pollution, dams and climate change.

The worst-hit rivers are in the big cities of Europe and America. The lead researcher said rivers that have the most economic development near them, like the Mississippi River or River Thames, are the most strongly impacted. The least-impacted are in Africa and Australia. This is because of fewer factories in Africa and smaller populations around rivers in Australia. He said rivers in rich nations are totally different to how they were 200 years ago. 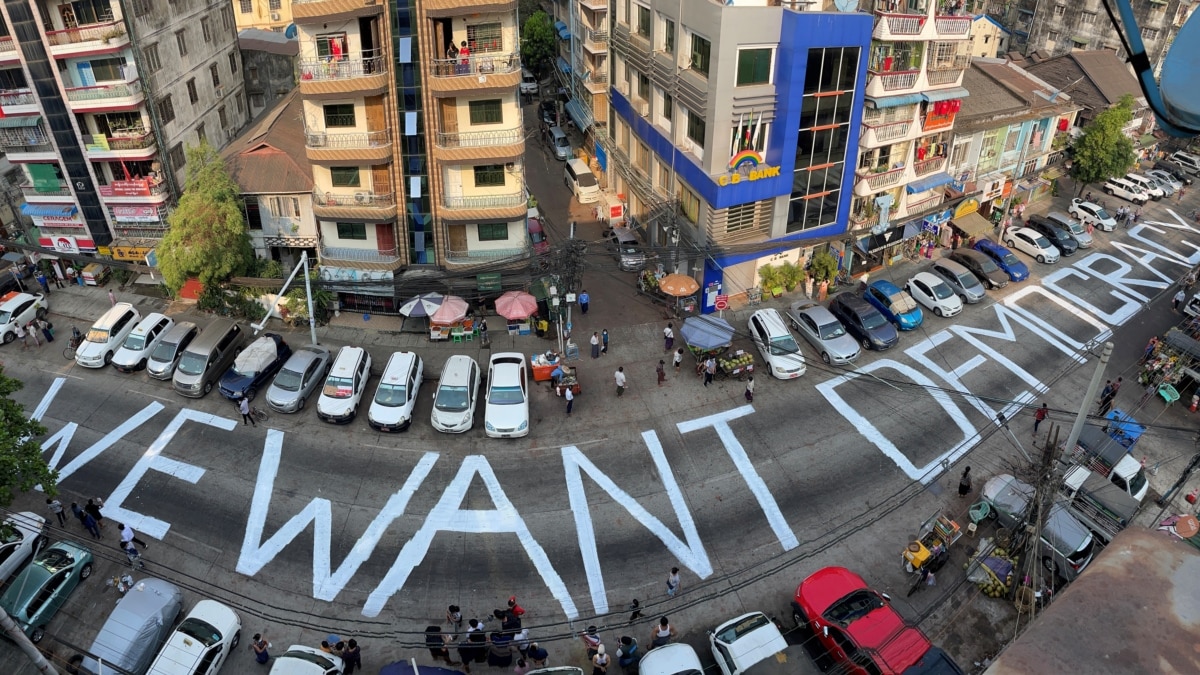 “We want democracy” is written in large, white letters on a street in Myanmar’s biggest city, Yangon. “Justice for Myanmar” is carved on watermelons. “Reject Military” is written on T-shirts worn by protesters. All the messages are written in English. A minority of Myanmar’s 53 million people speak English. But, it is the language of protesters who are trying to get their message of opposition to Myanmar’s military government out to the world.

“Writing in English is more effective than writing in Burmese,” said student Ko Ko Lwin. He told, “We want the international community to help us.” The protesters showed thousands of signs in English. Some said, “Free our leader” as a call for the release of Aung San Suu Kyi, a symbol of resistance to military rule. She has been detained for three weeks by the generals who said that last year’s election was not fair. There are over 130 ethnic groups in Myanmar, also known as Burma. The language of the ethnic Bamar majority has been the country’s official language since independence from Britain in 1948. 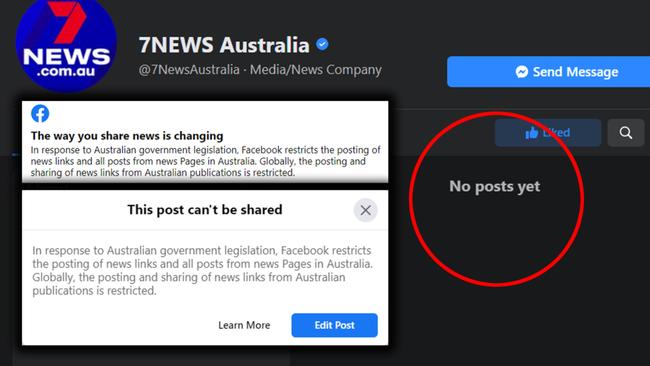 Facebook has removed a ban that prevented Australians from reading or sharing news stories on social media service. The action came after Facebook reached a deal with the Australian government to resolve a dispute over proposed legislation. The legislation seeks to make big technology companies pay news organizations for use of their content. The dispute led Facebook last week to block Australians from reading or sharing news stories. But the dispute was settled after talks between Australia’s Treasurer Josh Frydenberg and Facebook chief Mark Zuckerberg.

“Facebook has refriended Australia, and Australian news will be restored,” Frydenberg told. Frydenberg added that Australia had been a “proxy battle for the world” as other nations seek negotiations with technology companies on a range of issues involving news and content. The Australian legislation was designed to limit the negotiating power of Facebook and Google in talks with Australian news providers. However, Frydenberg and Facebook confirmed that the two sides agreed to several amendments to the proposed legislation. 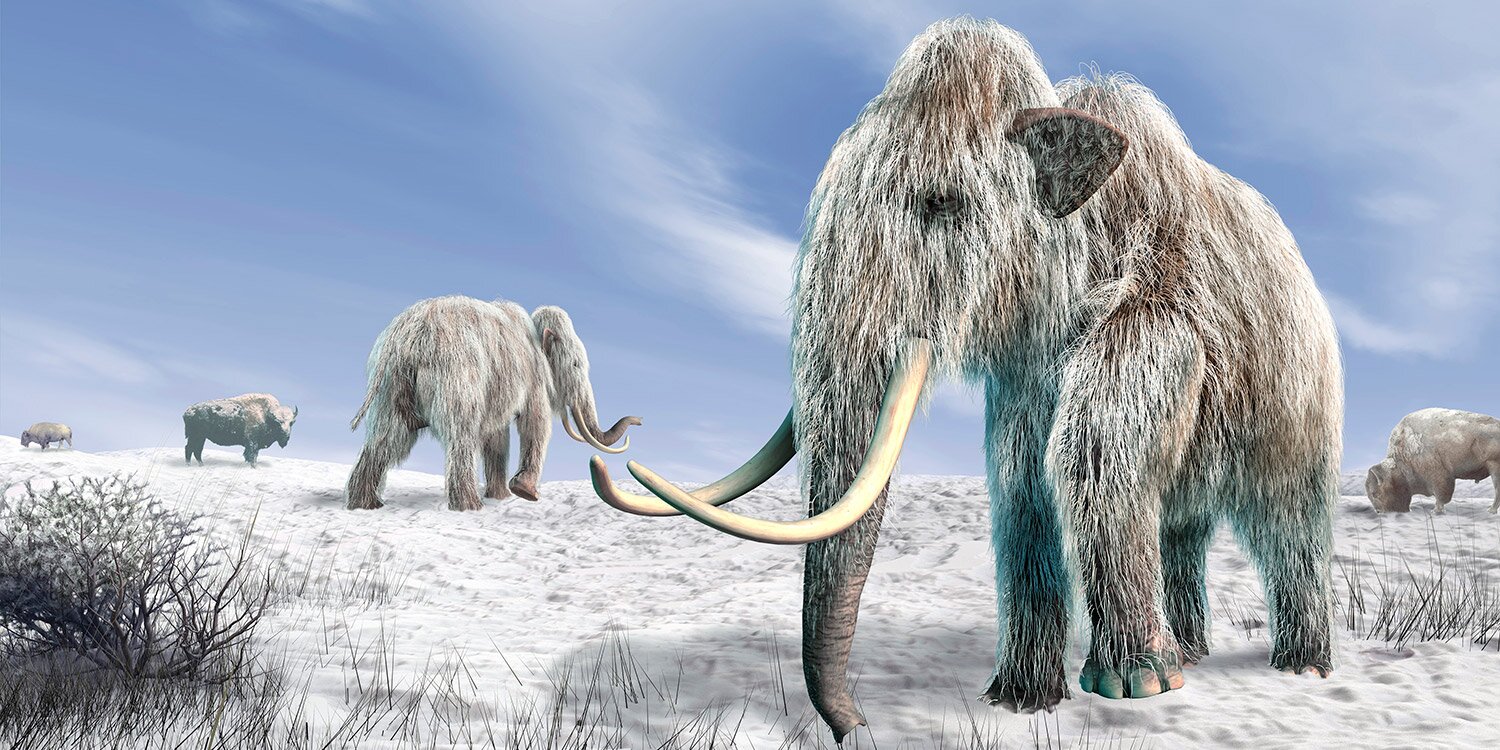 Scientists say they have discovered the oldest DNA on record. It was found in the teeth of mammoths that lived in northeastern Siberia up to 1.2 million years ago. A mammoth was a kind of early elephant that lived during the Ice Age. The discovery may lead to a greater understanding of the long-dead species. The researchers say they recovered and sequenced DNA from the remains of three mammoths. Until now, the oldest DNA on record was from the leg bone of a horse that lived in Canada’s Yukon territory.

The mammoth DNA “was extremely degraded into very small pieces,” the lead researcher, Dalén said. He explained that scientists had to sequence billions of pieces of genetic material in order to find a final DNA sequence. Most knowledge about prehistoric creatures comes from studying skeletal fossils. But ancient DNA can provide much more detailed information about individual organisms. The researchers learned about the development and migration of mammoths by comparing the DNA to that of mammoths that lived more recently. 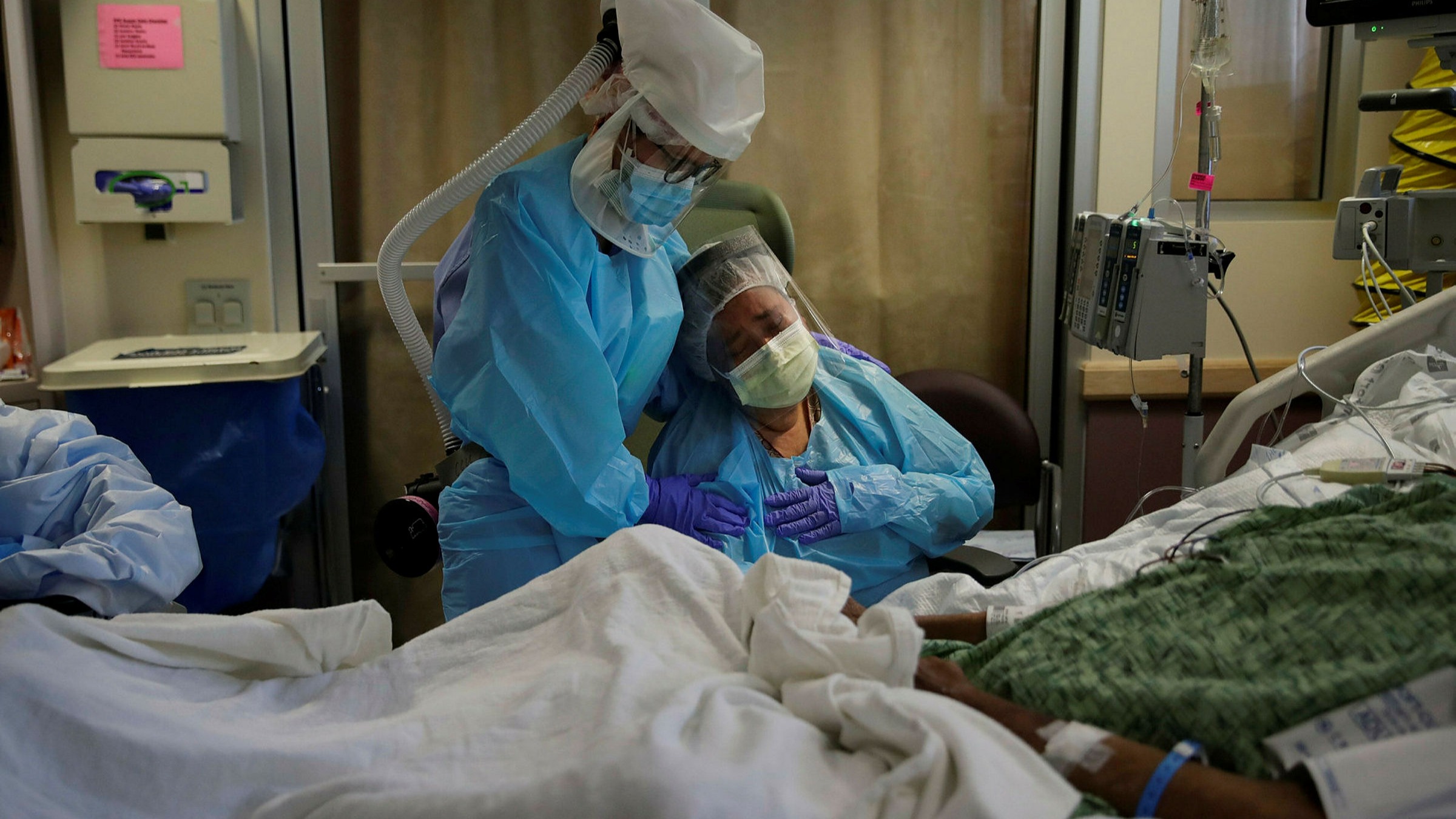 Johns Hopkins University in the U.S.A. records information about the crisis from around the world, including the number of deaths, on its website. It says nearly 2.5 million have died worldwide. The U.S. passed 400,000 deaths just over one month ago. The first recorded coronavirus deaths in the U.S. came in February 2020. Four months later, 100,000 people had died. Experts believe the total number of deaths could be higher because of testing problems earlier in the health crisis.

Johns Hopkins estimates that there have been more than 110 million cases of COVID-19 worldwide. The U.S. number is more than 28 million, followed by India, which has about 11 million. U.S. President Joe Biden spoke about the global health crisis late Monday. President Biden promised to vaccinate 100 million people in his first 100 days in office. It is likely the number will be higher than that. Currently, about 1.7 million people are being vaccinated each day. Even with the vaccine, a mathematical model from the University of Washington predicts that there will be close to 600,000 deaths in the United States by June 1. 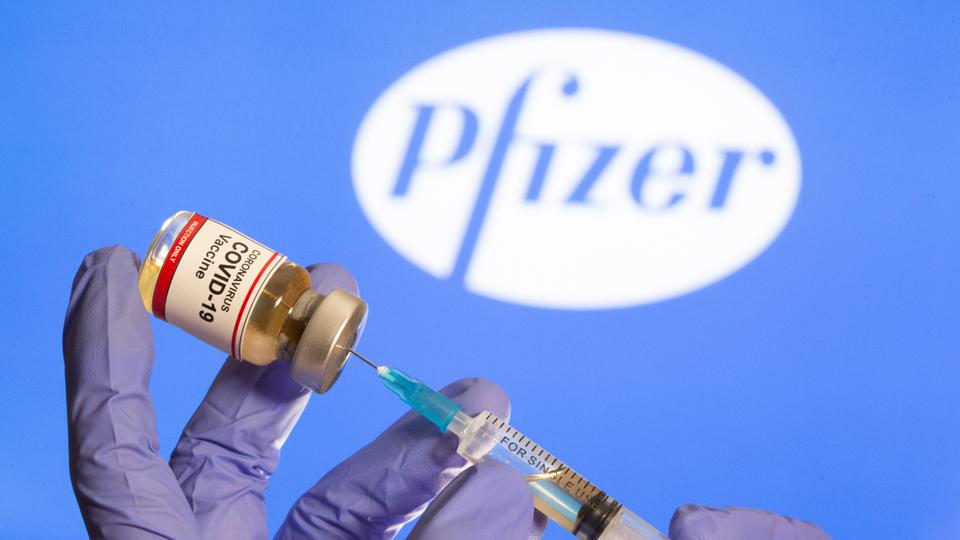 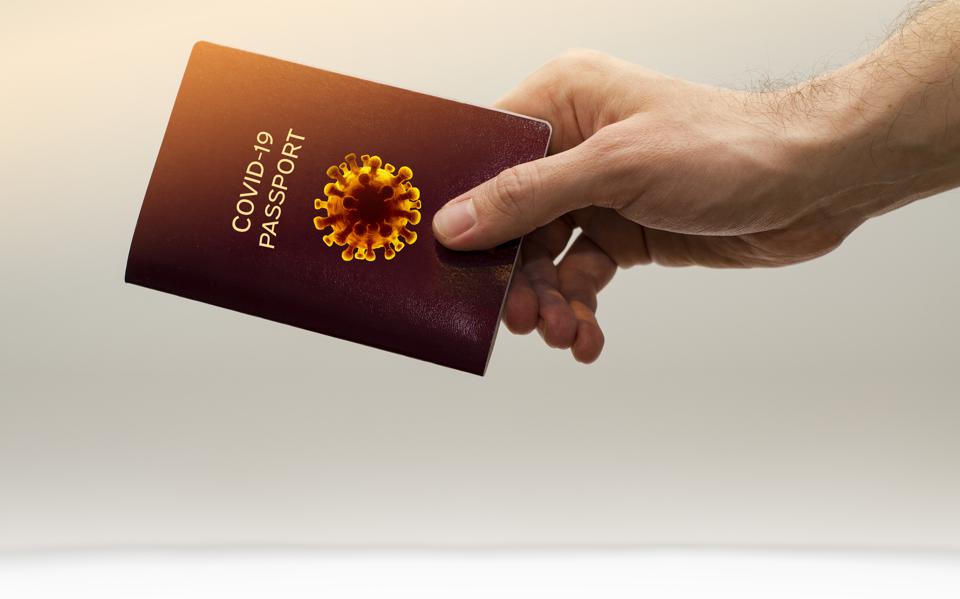