House values are rising worldwide. The price of a house in London is raising eyebrows. It is 2 metres wide and is on sale for $1.3 million. This could buy you a seven-bedroom mansion elsewhere in the UK. The "skinny" house has five floors and two bedrooms. The real estate agent said: "It started life as a hat shop and was converted by a fashion photographer - the ultimate designer house. It's quirky and charming and great for entertaining."

The property is 1.6 metres at its narrowest point and 8 metres long. There is a kitchen and dining room on the first floor, and a living room on the second floor. The main bedroom is on the fifth floor. Despite its cramped space, it is a one-of-a-kind design, like a luxury yacht. The agent said it "makes the most of small spaces". It is ideal for a young couple or single person. The agent said: "It is a unique part of London history. It's a bit of London magic." 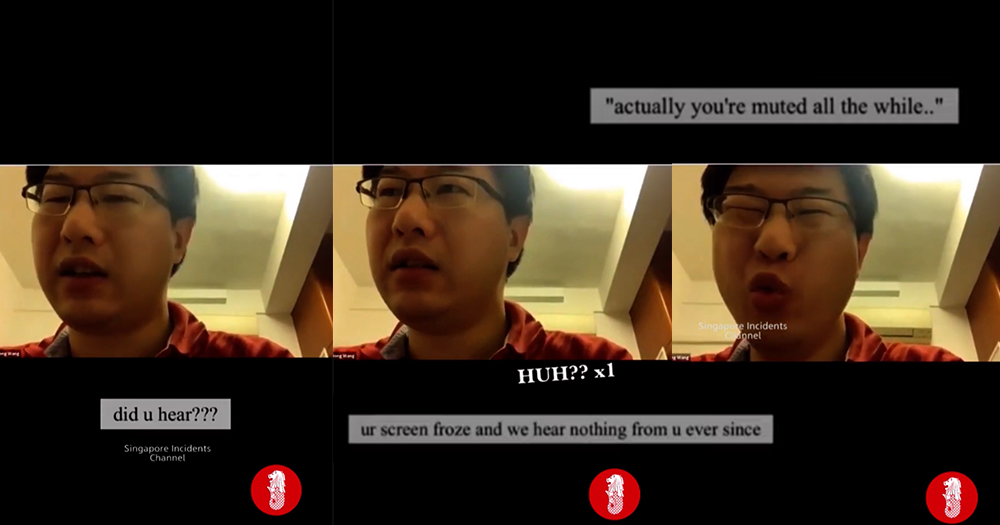 A professor gave a two-hour online lecture but didn't know he was on mute. The microphone on his iPad was switched off. This meant none of the students in his class could hear him. His university switched his classes online to reduce the spread of COVID-19. His lecture started well but then the screen on his iPad froze. The video came back but the mic was off. The professor did not notice. It might be because he used an iPad and not a computer.

Students tried to contact their professor many times but could not get through to him. They waved their arms and called his phone. The moment the professor understood his mic was off is now viral on the Internet. He looked shocked and stressed. He was upset because he wasted two hours of his students' time. He will redo the lecture at a different time. One of his students wrote: "He teaches well. I feel bad for him." 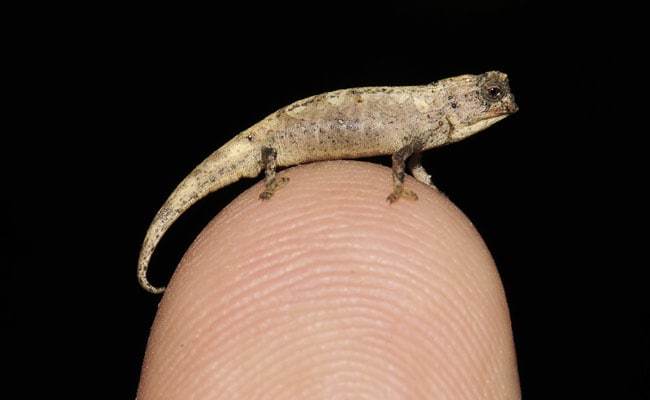 Scientists found what could be the world's smallest reptile in the mountains in northern Madagascar. It is a chameleon the size of a sunflower seed. Chameleons are usually 40cm long. The new ones are just 22mm long. At first, the scientists thought the chameleons were juveniles. They later found they were fully-grown adults. The scientists called the lizards "nano-chameleons". The scientists tried to find more of them but didn't find any.

Madagascar has two-thirds of the world's chameleons. They may come from there. The chameleon's survival is in danger because of deforestation. A scientist said: "Their habitat has been subject to deforestation, but the area was placed under protection recently, so the species will survive." A lot of Madagascar's rainforest could disappear by 2070 if deforestation does not slow down. This would put many of the island's unique species in danger. 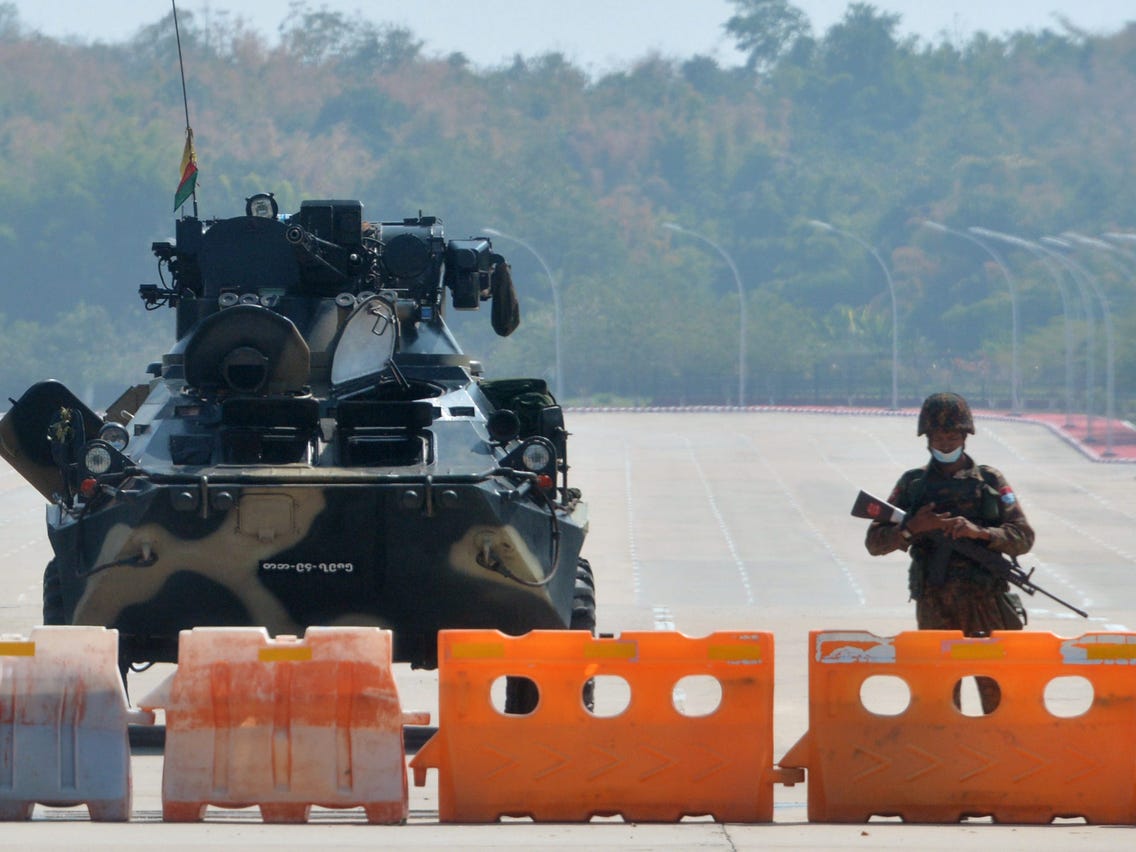 The military junta that overthrew Myanmar's government has blocked access to Facebook. It issued a statement saying Facebook would be halted in order to maintain "stability". The majority of people in Myanmar use the social media giant. The junta sees it as a threat. A civil disobedience page has started on Facebook that has over 200,000 followers. Human Rights Watch Asia said the junta sees Facebook as its Internet nemesis.

The junta seized power and declared a yearlong state of emergency. It alleges voter fraud in November's national election. The coup took place after tension between the military and the government. It arrested Aung San Suu Kyi, who is being held in detention at an undisclosed location. The military also arrested former president Win Myint. They charged him with violating coronavirus measures. 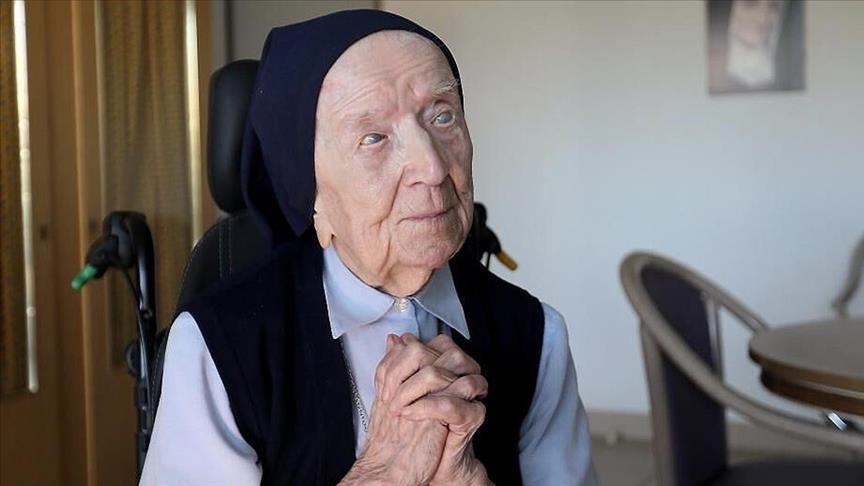 A French religious worker who survived COVID-19 celebrated her 117th birthday on Thursday. Sister Andre is a nun who lives in a retirement home in the southern city of Toulon. She also is believed to be the world’s second-oldest person. A spokesman for the retirement home, David Tavella, said Sister Andre tested positive for COVID-19 in the middle of January. She was separated from others at the home but experienced a few signs of the disease. Her survival story made news across the world.

Sister Andre, whose birth name is Lucile Randon, was to take part in a celebration with a small number of people at the home. Some of Sister Andre’s family members were also expected to join a video call with her. “It’s a big day,” Tavella said. “She is in great shape. I went to see her this morning. She is really happy. She wanted me to tell her the (plan) for the day again,” he added. Tavella added that when people around the world started talking about Sister Andre’s story, he realized it was “because we all need a bit of hope at the moment.” 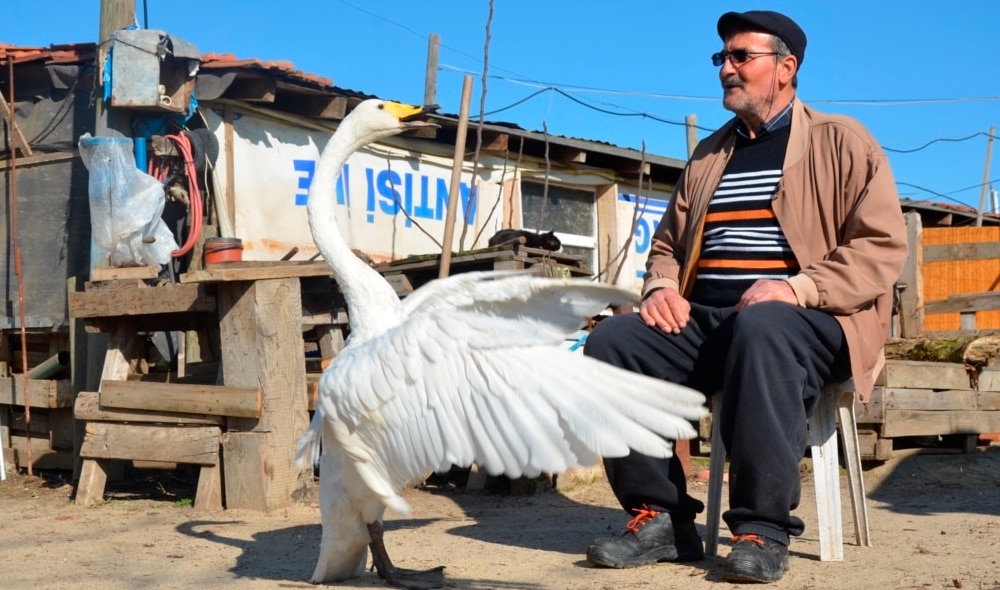 A Turkish Man’s Long Friendship with a Swan

Most people who keep animals choose to have dogs, cats, fishes or small birds. But, Recep Mirzan keeps a different animal on his farm in Western Turkey. The 63-year-old retired postal worker has a swan, a large and long-lived bird found in many parts of the world. Mirzan rescued the swan from a dangerous situation many years ago. Mirzan and a group of friends were driving in their car when they saw an injured swan with a broken wing. Mirzan immediately took the swan with him to protect her from predators.

“Since I love animals, I said to myself that I should take her home instead of leaving her as prey,” Mirzan told. He named the swan Garip. After Garip’s broken wing improved, she remained with Mirzan. Garip is like a child to him and follows Mirzan wherever he goes. Garip has been living on Mirzan’s farm in the Karaagac area of Turkey for the past 37 years. According to the group Swan Sanctuary, in Britain, swans live in the wild for only about 12 years. But in protected environments, they can live up to 30 years. 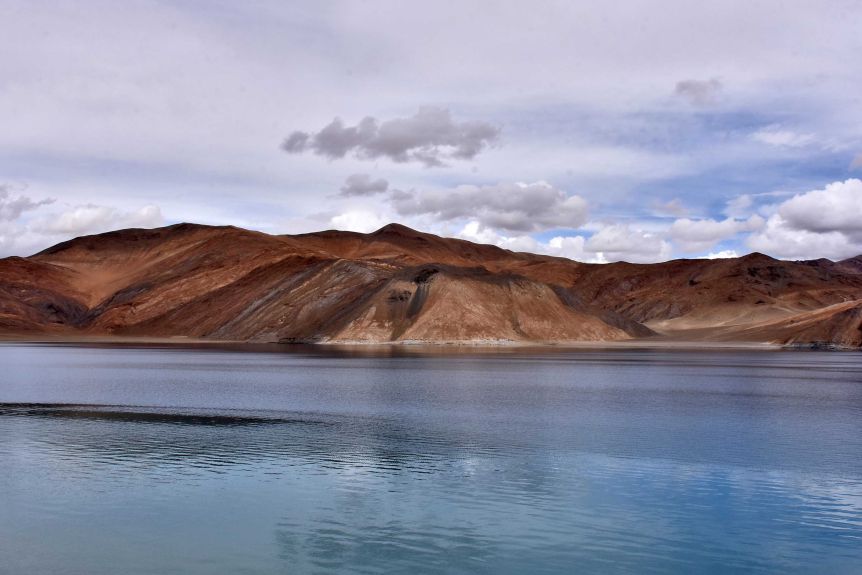 India and China began to pull back troops and battle tanks on Thursday from a disputed lake area high in the western Himalayas. The move came after months of tensions on the disputed border. Indian Defense Minister Rajnath Singh told parliament the two sides had reached an agreement to withdraw from Pangong Tso, a high-mountain, glacial lake, following a series of talks. China’s defence ministry confirmed that troops from the two countries were pulling back from the lake area.

The dispute began last April. India said Chinese troops had entered deep into its side of the border, called the Line of Actual Control, in the western Himalayas. China said its troops were operating in its own area and accused Indian border guards of making aggressive actions. India and China have not been able to agree on their 3,500-kilometre-long border since the two countries fought a war in 1962. Singh said the Indian government had told China’s government that peace and calm had been seriously harmed by the actions of Chinese troops. Singh added the two sides decided for troops to “return to the permanent and accepted bases.” 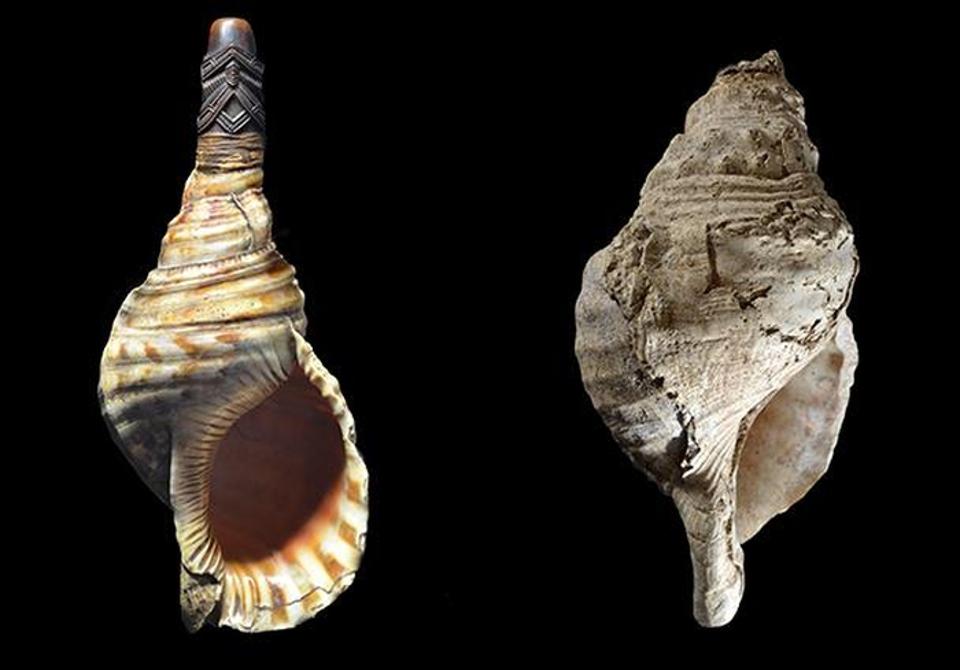 A large conch shell brought little attention to a French museum for many years, but it is now quickly gaining attention. The shell is thought to be the oldest known seashell instrument. And it still works, producing a deep sound, like a foghorn from the distant past. The shell was found during the exploration of a cave with prehistoric wall paintings in the Pyrenees Mountains in southwestern France. It was believed to be a ceremonial drinking cup. Scientists from the University of Toulouse in France recently took a fresh look at the conch shell. They now believe it was changed thousands of years ago to serve as a wind instrument. They also invited a French horn player to play it.

“Hearing it for the first time, for me, it was a big emotion” and caused some worry, said archaeology researcher Carole Fritz. She feared that playing the 31-centimetre-long shell might damage it, but it did not. The researchers estimate it to be about 18,000 years old. The shell instrument found in the Marsoulas cave is now the oldest known example. 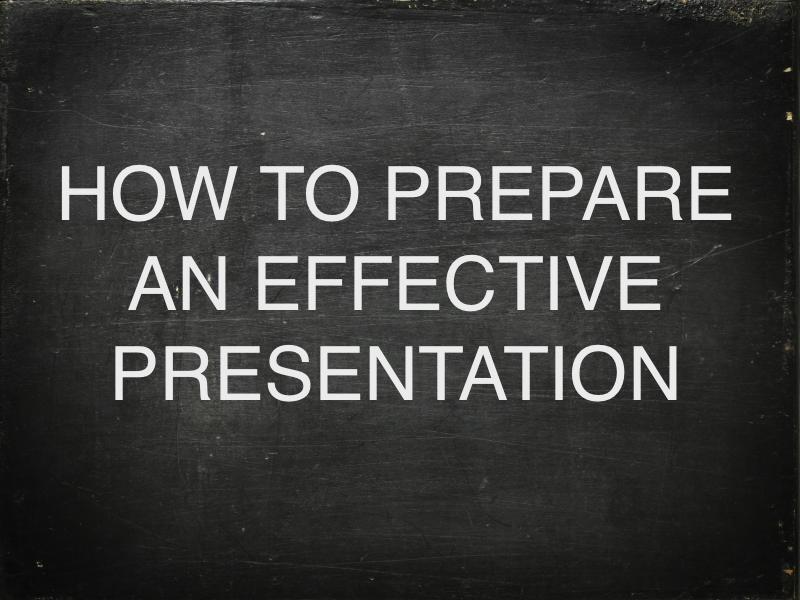 How to Prepare An Effective Presentation 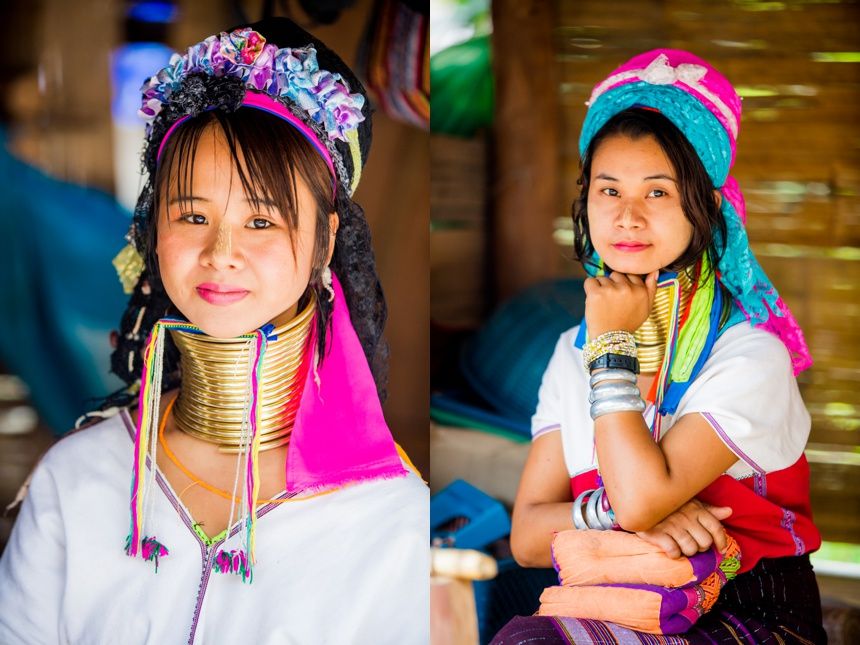 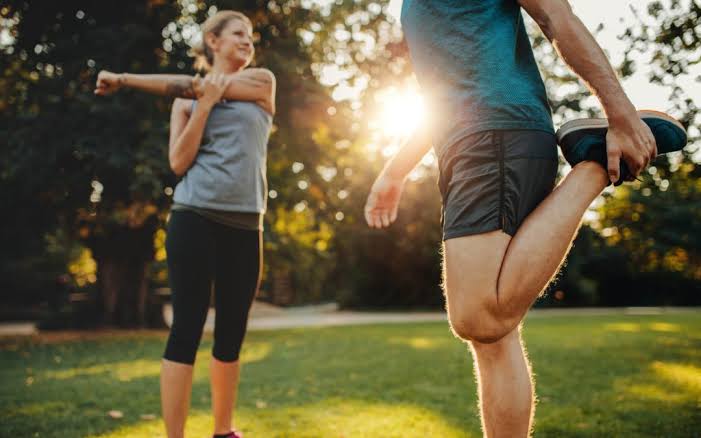