The changing colour of autumn leaves is a great event in forests worldwide. The colours form a colourful canvas that ends summer. In the USA, the leaves have been affected by drought. This has dulled the colours of the leaves. Much of America's northwest has had weather that did not produce colourful leaves. The traditional autumnal beauty spots of Massachusetts and New Hampshire are experiencing duller colours.

A forest and ecology professor explained why this year has been so bad. He said there were several factors, including mild drought, warm days and cool nights. He said the colours came two weeks earlier than normal, and will probably go by fast and furiously. The weather created physiological stress for the trees. The professor warned: "The stress is not a good thing and maybe a sign of things to come with climate change." 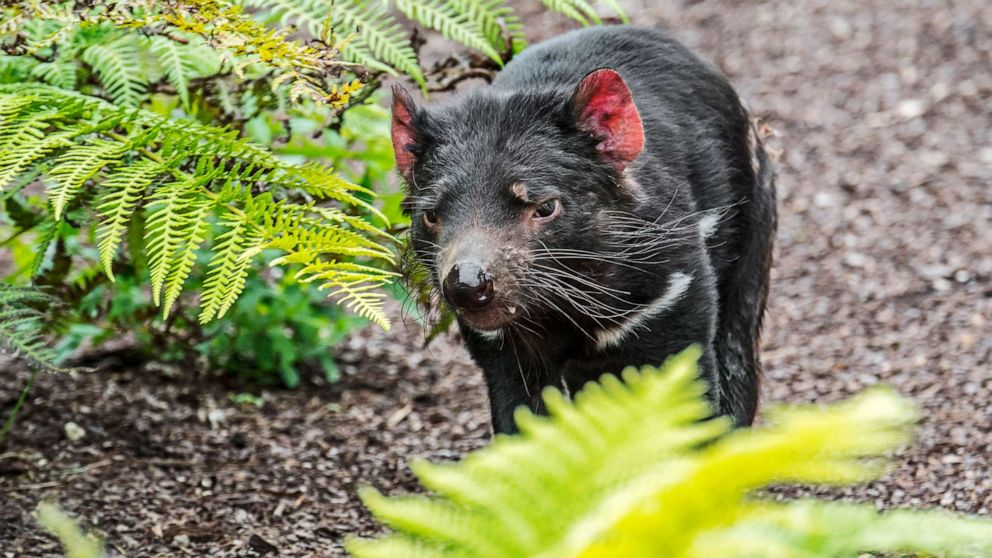 The Tasmanian devil has not lived on Australia's mainland for 3,000 years, but it is back. Conservation groups released a group of 26 of the devils in a nature reserve north of Sydney. The Tasmanian devil is the size of a small dog. It eats large birds and household waste. It became endangered after an Australian wild dog wiped them out on the mainland. It gets its name from its high-pitched sound and the fierce way it fights for food. It is not a danger to humans.

A conservation group helped to release the Tasmanian devils. They have to find their own food. The group's president said: "They are free. We've got some basic means of keeping an eye on them, but essentially, now it's over to the devils to do what they do." He was hopeful about the future of the devils. He said: "This release of devils will be the first of many. We are talking about something monumental, a true landmark in history." 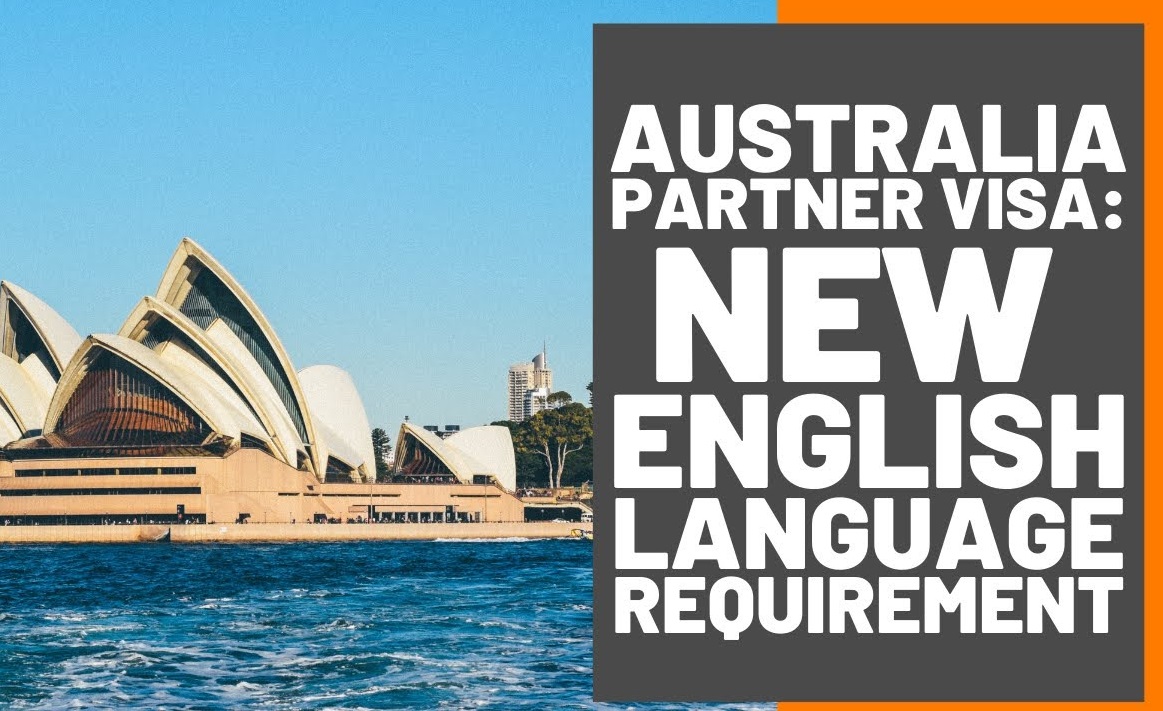 Foreign partners of residents who want a permanent residence in Australia may soon have to pass an English test. Australia said people needed to show a certain level of English before they can get a permanent visa. This could start in the middle of 2021. The immigration minister said: "We will require an applicant to have met a functional level of English." People can get 500 hours of free English classes in a government language programme.

Many politicians are critical of the new requirement. They called it discriminatory and racist. They said it targets people from non-Western nations. An opposition politician said: "English proficiency isn't a test of someone's love." He said couples already faced an uphill struggle in the application process. An immigration expert said: "It certainly puts a lot of pressure on couples and now they've got this added burden to pass an English test." 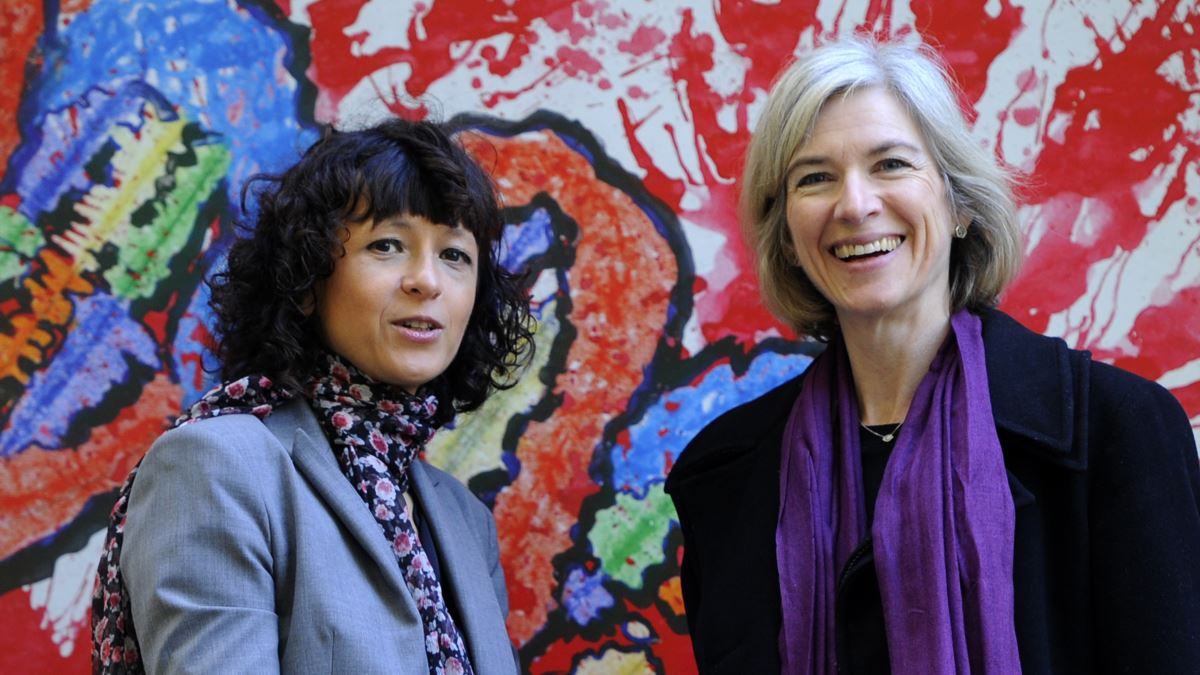 French and American scientists won the 2020 Nobel Prize in Chemistry Wednesday for developing a tool that can change the genetic material of living things. Emmanuelle Charpentier of France and American Jennifer Doudna developed the genetic tool known as CRISPR-cas9. The tool has been described as “molecular scissors” which can change nucleic acids, such as DNA, which hold the genetic information necessary for life. The 2020 chemistry prize marks only the fourth time that a Nobel in the sciences was awarded exclusively to women. Female researchers have long received less recognition for their work than men in the prize’s 119-year history.

The Swedish Academy of Sciences said Charpentier and Doudna’s discovery has helped provide new treatments for cancer. It also might supply a way to cure diseases passed down through generations. CRISPR-cas9 came as an unexpected discovery. Charpentier had been studying the genetic material of an ancient bacterium Streptococcus pyogenes. It is a cause of infections in humans. The Nobel committee said that Charpentier’s work showed that part of the bacterium’s RNA can cut long DNA molecules. 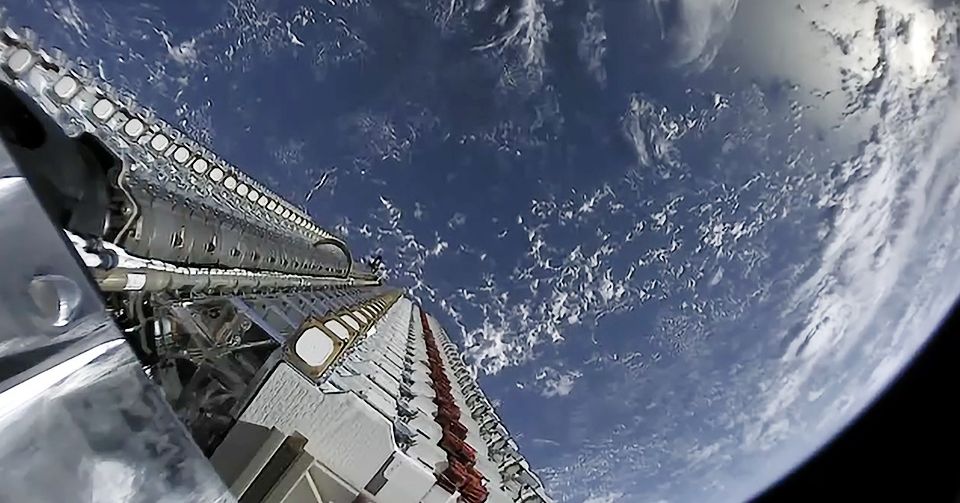 SpaceX has been chosen by the U.S. Defense Department to build missile-tracking satellites. The $149 million contracts, or legal agreement, was announced by the U.S. Space Development Agency (SDA) this week. The SDA is an agency under the Department of Defense. It is the first time SpaceX has won a government contract to build satellites. The American aerospace company is best known for its rockets. In May, SpaceX made history by launching two astronauts into space aboard a rocket and spacecraft the company built and operated for NASA.

SpaceX has increased its satellite production in recent years for its Starlink network. Starlink is a group of satellites - deployed to low-Earth orbit - designed to send internet signals across the world. Under the contract, SpaceX will use its Starlink plant in Redmond, Washington, to build four satellites. This represents the start of SDA’s plan to develop a system of satellites in low-Earth orbit to detect and follow missiles, such as intercontinental ballistic missiles (ICBMs). ICBMs can travel long distances and are difficult to follow and intercept, or stop. 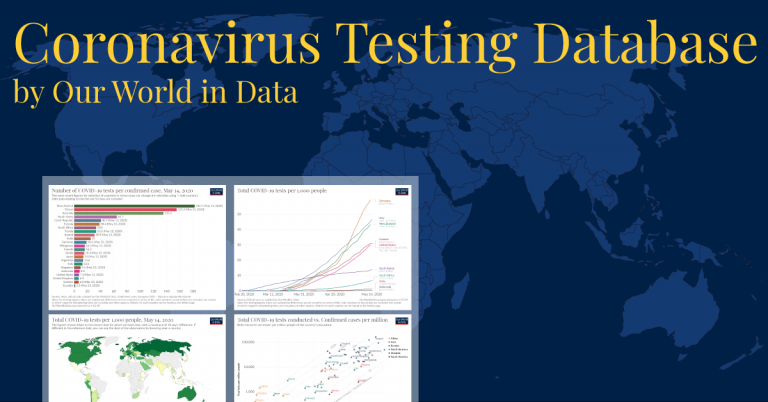 Number of Coronavirus cases may be much higher than reported

A World Health Organization (WHO) official says its “best estimates” show that the new coronavirus may have infected about one in 10 people worldwide. Dr Ryan told the infection rates to vary from cities to rural areas, and between different groups. And he said the new estimate means “the vast majority of the world remains at risk.” The new WHO estimate would mean that more than 760 million people have already been infected, based on the current world population. That number is far greater than the number of confirmed cases counted by both the WHO and Johns Hopkins University.

Dr Margaret Harris, a WHO spokesperson, said the new number was based on the average of antibody studies done around the world. Harris said the estimated 90 per cent of people remaining without infection means the virus has “opportunity” to spread more “if we don’t take action to stop it.” She noted the importance of contact-tracing and health officials closely following the movement and spread of cases. 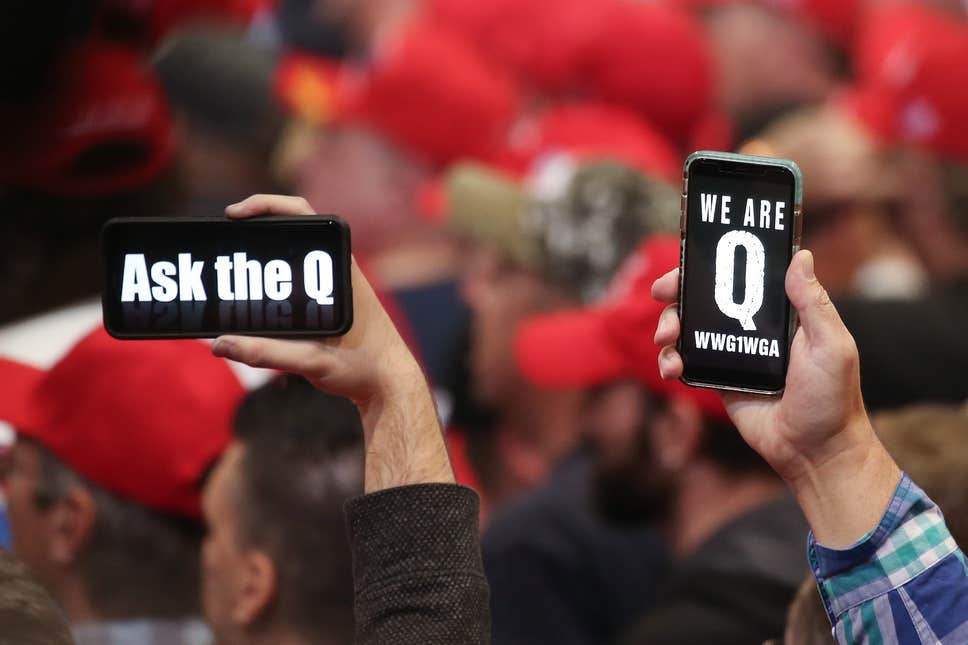 This week, Facebook Inc. changed its policy on posts and groups linked to the QAnon movement. The social media company began removing more groups, pages, as well as Instagram, accounts with a connection to QAnon. Listed as a possible source of domestic terrorism by the FBI, the QAnon movement is driven by an internet poster called Q. Q, whose identity is unknown, claims to be a Trump administration insider.

The group’s main claim is that Trump is secretly leading a campaign against a large paedophile, or child sex, group that includes well-known Democrats and the Hollywood elite. Instead of relying on user reports, Facebook staff now will treat QAnon like militarized groups - even if the posts do not have violent material. The company is finding and removing Q Anon groups and pages, the company said in a blog post. Critics said Facebook’s move was much-needed, but possibly a little late. QAnon has already moved into mainstream politics. 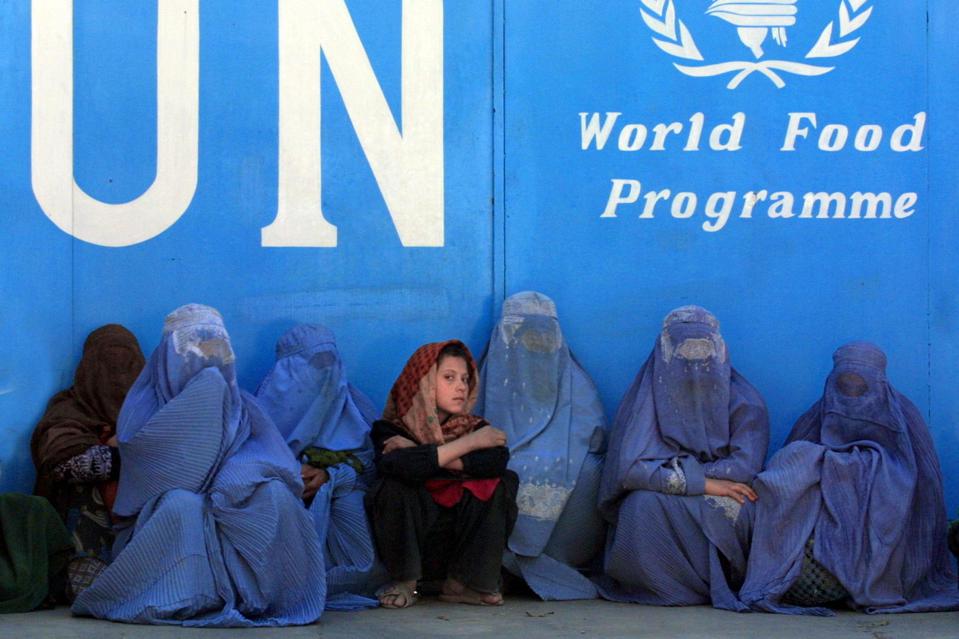 The United Nations’ World Food Program (WFP) won the Nobel Peace Prize on Friday. The Norwegian Nobel Committee is recognizing the group for its efforts to fight hunger and improve conditions for peace in areas affected by conflict. The World Food Program has long specialized in getting assistance to some of the world’s most dangerous places. For example, the WFP has air-dropped food in South Sudan and Syria. It also created an emergency service that kept aid flowing as COVID-19 restrictions grounded many flights.

In 2019, the UN agency provided aid to almost 100 million people in 88 countries. Berit Reiss-Andersen said, “With this year’s award, the (committee) wishes to turn the eyes of the world to the millions of people who suffer from or face the threat of hunger.” In announcing the award, the Nobel committee noted that “Until the day we have a medical vaccine, food is the best vaccine against chaos.” And it added, “there will be 265 million starving people within a year, so of course this is also a call to the international community not to underfund the World Food Program.” 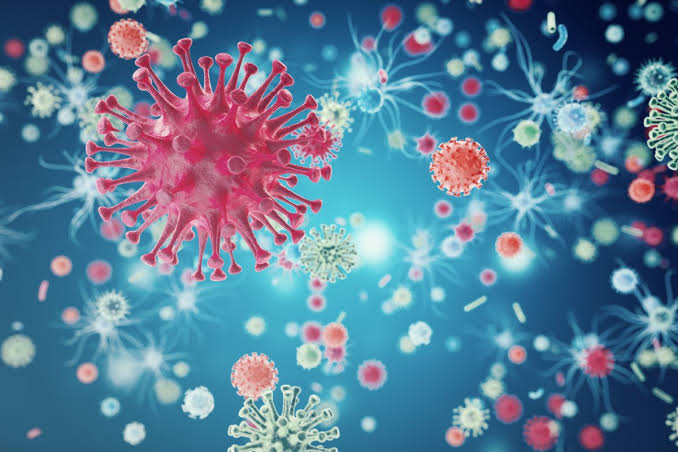 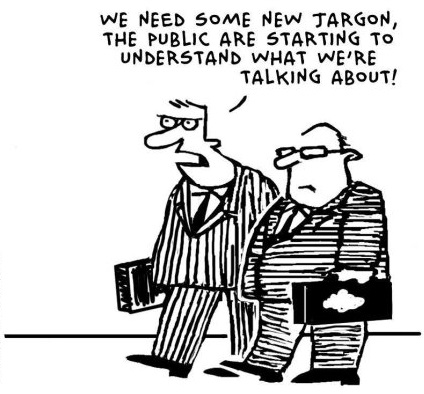 The Most Hated Jargons of Business 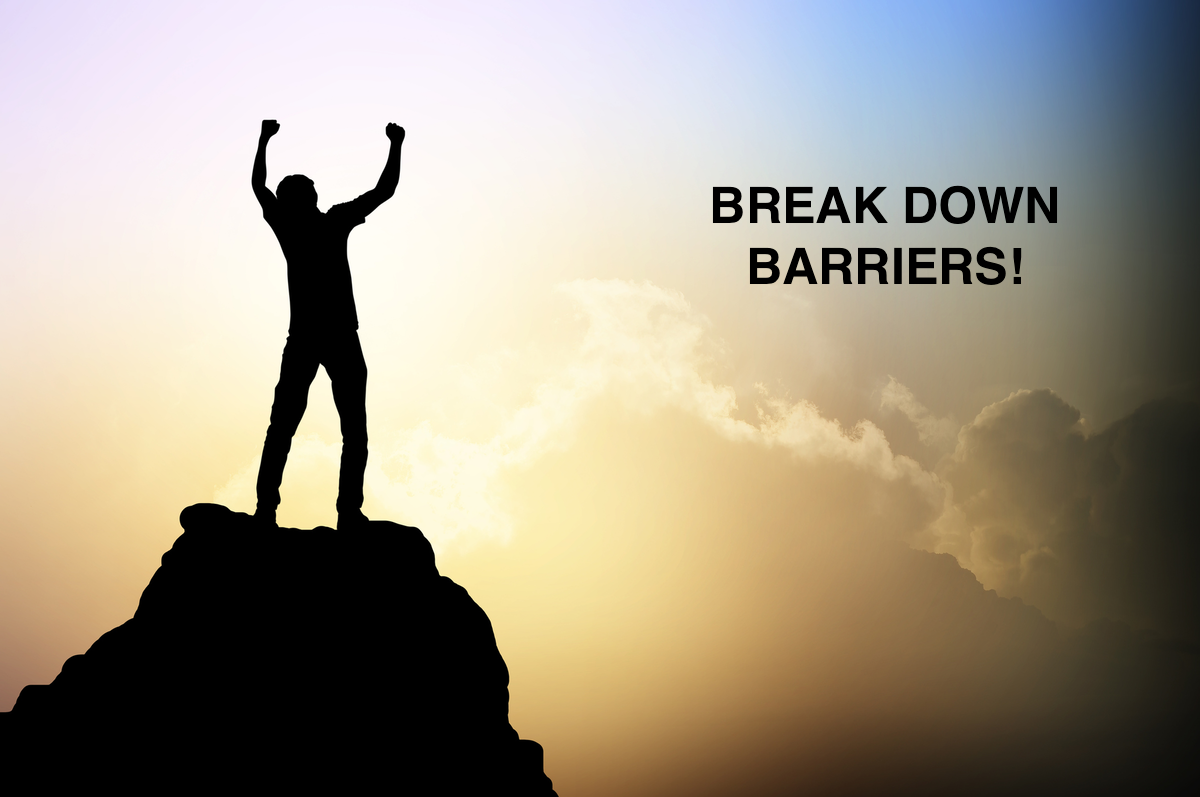 The Way of Being a Successful Speaker